You Are Here:
Home →
Health Topics →
Crohn's Disease
URL of this page: https://medlineplus.gov/crohnsdisease.html

What is Crohn's disease?

Crohn's disease is an inflammatory bowel disease (IBD). Ulcerative colitis and microscopic colitis are other common types of IBD.

Stress and eating certain foods don't cause the disease, but they can make your symptoms worse.

Who is at risk for Crohn's disease?

There are certain factors which can raise your risk of Crohn's disease:

What are the symptoms of Crohn's disease?

The symptoms of Crohn's disease can vary, depending where and how severe your inflammation is. The most common symptoms include:

Some other possible symptoms are:

Stress and eating certain foods such as carbonated drinks and high-fiber foods may make some people's symptoms worse.

What other problems can Crohn's disease cause?

Crohn's disease can cause other problems, including:

How is Crohn's disease diagnosed?

What are the treatments for Crohn's disease?

There is no cure for Crohn's disease, but treatments can decrease the inflammation in your intestines, relieve symptoms, and prevent complications. Treatments include medicines, bowel rest, and surgery. No single treatment works for everyone. You and your health care provider can work together to figure out which treatment is best for you:

Changing your diet can help reduce symptoms. Your provider may recommend that you make changes to your diet, such as:

Some people also need go on special diet, such as a low-fiber diet.

National Institute of Diabetes and Digestive and Kidney Diseases 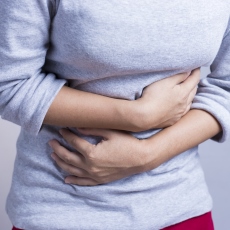 Find health information in languages other than English on Crohn's Disease