You Are Here:
Home →
Health Topics →
Immune System and Disorders
URL of this page: https://medlineplus.gov/immunesystemanddisorders.html

What is the immune system?

Your immune system is a complex network of cells, tissues, and organs. Together they help the body fight infections and other diseases.

When germs such as bacteria or viruses invade your body, they attack and multiply. This is called an infection. The infection causes the disease that makes you sick. Your immune system protects you from the disease by fighting off the germs.

What are the parts of the immune system?

The immune system has many different parts, including

How does the immune system work?

Your immune system defends your body against substances it sees as harmful or foreign. These substances are called antigens. They may be germs such as bacteria and viruses. They might be chemicals or toxins. They could also be cells that are damaged from things like cancer or sunburn.

When your immune system recognizes an antigen, it attacks it. This is called an immune response. Part of this response is to make antibodies. Antibodies are proteins that work to attack, weaken, and destroy antigens. Your body also makes other cells to fight the antigen.

Afterwards, your immune system remembers the antigen. If it sees the antigen again, it can recognize it. It will quickly send out the right antibodies, so in most cases, you don't get sick. This protection against a certain disease is called immunity.

What are the types of immunity?

There are three different types of immunity:

What can go wrong with the immune system?

Sometimes a person may have an immune response even though there is no real threat. This can lead to problems such as allergies, asthma, and autoimmune diseases. If you have an autoimmune disease, your immune system attacks healthy cells in your body by mistake.

There are other diseases that can affect your immune system. For example, HIV is a virus that harms your immune system by destroying your white blood cells. If HIV is not treated, it can lead to AIDS (acquired immunodeficiency syndrome). People with AIDS have badly damaged immune systems. They get an increasing number of severe illnesses. 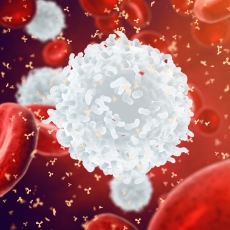