You Are Here:
Home →
Health Topics →
Neuroblastoma
URL of this page: https://medlineplus.gov/neuroblastoma.html

What are the symptoms of neuroblastoma?

Neuroblastoma often begins in early childhood. Sometimes it begins before a child is born.The most common symptoms are caused by the tumor pressing on nearby tissues as it grows or by cancer spreading to the bone.They include

How is neuroblastoma diagnosed?

To diagnose neuroblastoma, your child's health care provider will do various tests and procedures, which may include

What are the treatments for neuroblastoma?

The treatments for neuroblastoma include: 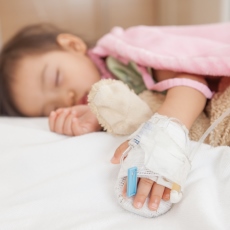