Also called: SMA
On this page

What is spinal muscular atrophy (SMA)?

Spinal muscular atrophy (SMA) is a group of genetic diseases that damages and kills motor neurons. Motor neurons are a type of nerve cell in the spinal cord and lower part of the brain. They control movement in your arms, legs, face, chest, throat, and tongue.

As the motor neurons die off, your muscles start to weaken and atrophy (waste away). The muscle damage gets worse over time and can affect speaking, walking, swallowing, and breathing.

What are the types of spinal muscular atrophy (SMA) and what are their symptoms?

There are different types of SMA. They are based on how serious the disease is and when the symptoms start:

Most people have two copies of the SM1 gene - one from each parent. SMA normally only happens when both copies have the gene change. If only one copy has the change, there usually aren't any symptoms. But that gene could be passed down from parent to child.

Some of the less common types of SMA may be caused by changes in other genes.

Your health care provider may use many tools to diagnose SMA:

Parents who have a family history of SMA may want to do a prenatal test to check to see whether their baby has an SMN1 gene change. An amniocentesis or in some cases a chorionic villi sampling (CVS) is used to get the sample for testing.

In some states, genetic testing for SMA is part of newborn screening tests.

What are the treatments for spinal muscular atrophy (SMA)?

There is no cure for SMA. Treatments can help manage symptoms and prevent complications. They may include: 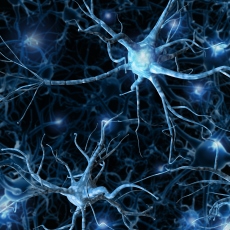