You Are Here:
Home →
Health Topics →
Inhalants
URL of this page: https://medlineplus.gov/inhalants.html

Using inhalants to try to get high, even once, can be very harmful to your brain and body. It can even lead to death.

What are the types of inhalants?

Inhalants are often products that are easily bought and can be found in the home or workplace. They contain dangerous substances that have psychoactive (mind-altering) properties when they are inhaled. There are four main types of inhalants are

Some of the common slang terms for various inhalants include

How do people use inhalants?

People who use inhalants breathe in the fumes through their nose or mouth, usually by "sniffing," "snorting," "bagging," or "huffing." It's called different names depending on the substance and equipment used.

The high that inhalants produce usually lasts just a few minutes, so people often try to make it last by inhaling them again and again over several hours.

Inhalants are mostly used by young kids and teens. They often try inhalants before they try other substances because inhalants are easier to get.

What are the signs that someone is using inhalants?

Signs that someone is using inhalants include

What are the health effects of using inhalants?

Most inhalants affect your central nervous system and slow down brain activity. Inhalants can cause both short-term and long-term health effects:

Using inhalants, even once, could lead to an overdose. This can cause you to have seizures or your heart to stop. It can also be deadly.

Addiction to inhalants is rare, but it can happen if you use them repeatedly. Stopping them can cause withdrawal symptoms, such as nausea, sweating, problems sleeping, and mood changes.

Behavioral therapy may help people who are addicted to inhalants.

Can inhalant misuse be prevented?

To try to prevent inhalant abuse, parents should talk to their children about it. They should discuss the dangers of inhalants and how to deal with peer pressure if someone asks them to try it. 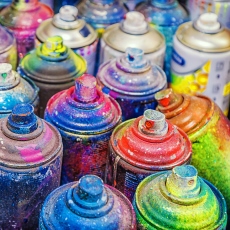