You Are Here:
Home →
Health Topics →
Eosinophilic Esophagitis
URL of this page: https://medlineplus.gov/eosinophilicesophagitis.html

What is eosinophilic esophagitis (EoE)?

Eosinophilic esophagitis (EoE) is a chronic disease of the esophagus. Your esophagus is the muscular tube that carries food and liquids from your mouth to the stomach. If you have EoE, white blood cells called eosinophils build up in your esophagus. This causes damage and inflammation, which can cause pain and may lead to trouble swallowing and food getting stuck in your throat.

EoE is rare. But because it is a newly recognized disease, more people are now getting diagnosed with it. Some people who think that they have reflux (GERD) may actually have EoE.

Researchers are not certain about the exact cause of EoE. They think that it is an immune system/allergic reaction to foods or to substances in your environment, such as dust mites, animal dander, pollen, and molds. Certain genes may also play a role in EoE.

Who is at risk for eosinophilic esophagitis(EoE)?

EoE can affect anyone, but it is more common in people who:

What are the symptoms of eosinophilic esophagitis (EoE)?

The most common symptoms of EoE can depend on your age.

In infants and toddlers::

How is eosinophilic esophagitis (EoE) diagnosed?

To diagnose EoE, your doctor will:

What are the treatments for eosinophilic esophagitis (EoE)?

There is no cure for EoE. Treatments can manage your symptoms and prevent further damage. The two main types of treatments are medicines and diet.

Medicines used to treat EoE are:

Dietary changes for EoE include:

Which treatment your health care provider suggests depends on different factors, including your age. Some people may use more than one kind of treatment. Researchers are still trying to understand EoE and how best to treat it.

If your treatment is not working well enough and you have narrowing of the esophagus, you may need dilation. This is a procedure to stretch the esophagus. This makes it easier for you to swallow. 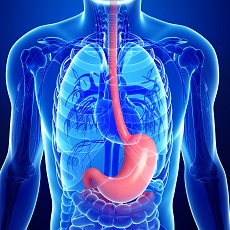