You Are Here:
Home →
Health Topics →
Radiation Exposure
URL of this page: https://medlineplus.gov/radiationexposure.html

Radiation is energy. It travels in the form of energy waves or high-speed particles. Radiation can occur naturally or be man-made. There are two types:

What are the sources of radiation exposure?

Background radiation is all around us all the time. Most of it forms naturally from minerals. These radioactive minerals are in the ground, soil, water, and even our bodies. Background radiation can also come from outer space and the sun. Other sources are man-made, such as x-rays, radiation therapy to treat cancer, and electrical power lines.

What are the health effects of radiation exposure?

Radiation has been around us throughout our evolution. So our bodies are designed to deal with the low levels we're exposed to every day. But too much radiation can damage tissues by changing cell structure and damaging DNA. This can cause serious health problems, including cancer.

The amount of damage that exposure to radiation can cause depends on several factors, including:

Being exposed to a lot of radiation over a short period of time, such as from a radiation emergency, can cause skin burns. It may also lead to acute radiation syndrome (ARS, or "radiation sickness"). The symptoms of ARS include headache and diarrhea. They usually start within hours. Those symptoms will go away and the person will seem healthy for a little while. But then they will get sick again. How soon they get sick again, which symptoms they have, and how sick they get depends on the amount of radiation they received. In some cases, ARS causes death in the following days or weeks.

Exposure to low levels of radiation in the environment does not cause immediate health effects. But it can slightly increase your overall risk of cancer.

What are the treatments for acute radiation sickness?

Before they start treatment, health care professionals need to figure out how much radiation your body absorbed. They will ask about your symptoms, do blood tests, and may use a device that measures radiation. They also try get more information about the exposure, such as what type of radiation it was, how far away you were from the source of the radiation, and how long you were exposed.

Treatment focuses on reducing and treating infections, preventing dehydration, and treating injuries and burns. Some people may need treatments that help the bone marrow recover its function. If you were exposed to certain types of radiation, your provider may give you a treatment that limits or removes the contamination that is inside your body. You may also get treatments for your symptoms.

How can radiation exposure be prevented?

There are steps you can take to prevent or reduce radiation exposure: 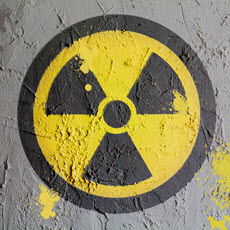 Find health information in languages other than English on Radiation Exposure