What is progressive supranuclear palsy (PSP)?

Progressive supranuclear palsy (PSP) is a rare brain disease. It happens because of damage to nerve cells in the brain. PSP affects your movement, including control of your walking and balance. It also affects your thinking and eye movement.

PSP is progressive, which means that it gets worse over time.

The cause of PSP is unknown. In rare cases, the cause is a mutation in a certain gene.

Who is at risk for progressive supranuclear palsy (PSP)?

PSP usually affects people over 60, but in some cases it can start earlier. It is more common in men.

What are the symptoms of progressive supranuclear palsy (PSP)?

Symptoms are very different in each person, but they may include:

There is no specific test for PSP. It can be difficult to diagnose, because the symptoms are similar to other diseases such as Parkinson's disease and Alzheimer's disease.

To make a diagnosis, your health care provider will take your medical history and do physical and neurological exams. You may have an MRI or other imaging tests.

What are the treatments for progressive supranuclear palsy (PSP)?

There is currently no effective treatment for PSP. Medicines may reduce some symptoms. Some non-drug treatments, such as walking aids and special glasses, may also help. People with severe swallowing problems may need gastrostomy. This is a surgery to insert a feeding tube into the stomach.

PSP gets worse over time. Many people become severely disabled within three to five years after getting it. PSP isn't life-threatening on its own. It can still be be dangerous, because it increases your risk of pneumonia, choking from swallowing problems, and injuries from falling. But with good attention to medical and nutritional needs, many people with PSP can live 10 or more years after the first symptoms of the disease. 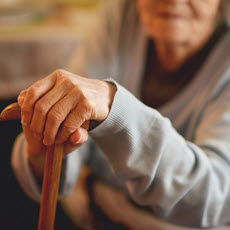