You Are Here:
Home →
Health Topics →
Hemophilia
URL of this page: https://medlineplus.gov/hemophilia.html

Hemophilia is a rare bleeding disorder in which the blood does not clot properly. This can lead to problems with bleeding too much after an injury or surgery. You can also have sudden bleeding inside your body, such as in your joints, muscles, and organs.

Your blood contains many proteins called clotting factors that can help form clots to stop bleeding. People with hemophilia have low levels of one of these factors, usually either factor VIII (8) or factor IX (9). How severe the hemophilia is depends on the amount of factor in the blood. The lower the amount of the factor, the more likely it is that bleeding could happen and might lead to serious health problems.

What are the types of hemophilia?

There are several different types of hemophilia. The most common are:

Most types of hemophilia are inherited. They are caused by change in one of the genes (also called a mutation) that provides instructions for making the clotting factor proteins. The change may mean that the clotting proteins don't work properly or that they are missing altogether.

Hemophilia that is not inherited is called acquired hemophilia. It is rare. It happens when your body makes specialized proteins called autoantibodies that attack and disable a clotting factor. This can happen because of pregnancy, immune system disorders, cancer, or allergic reactions to certain medicines. Sometimes the cause is unknown.

Who is at risk for hemophilia?

Hemophilia is much more common in people who were born male since they can get it with a change to the gene on one X chromosome. People who have a family history of hemophilia are also at higher risk.

What are the symptoms of hemophilia?

The signs and symptoms of hemophilia are:

In some cases, severe hemophilia may cause bleeding in the brain. This may cause brain damage and can be life-threatening.

How is hemophilia diagnosed?

To find out if you have hemophilia, your health care provider will:

There is genetic testing for the factor VIII (8) and factor IX (9) genes. This testing may be used in people who have a family history of hemophilia to:

What are the treatments for hemophilia?

Replacement clotting factor can help treat a bleeding episode. In more severe cases of hemophilia, you might get the factor on a regular basis to prevent bleeding. You can learn how to inject the factor so that you can do it yourself at home.

There are other medicines to treat hemophilia. They may work by releasing factor VIII (8) from where it is stored in the body tissues, replacing the function of factor VIII (8), or preventing clots from breaking down.

If bleeding has damaged your joints, physical therapy may help them function better.

Good quality medical care from healthcare professionals who know a lot about the disorder can help prevent some serious problems. Often the best choice for care is to visit a hemophilia treatment center (HTC). 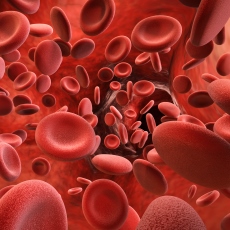 The primary NIH organization for research on Hemophilia is the National Heart, Lung, and Blood Institute