You Are Here:
Home →
Genetics →
Genetic Conditions →
Gout
URL of this page: https://medlineplus.gov/genetics/condition/gout/

Gout is a type of arthritis, which is a group of related disorders caused by episodes of abnormal inflammation in the joints. People with gout have high levels of a substance called urate in the blood (hyperuricemia). Gout develops when hyperuricemia leads to the formation of urate crystals in joints, triggering an inflammatory response

from the immune system.

In people with gout, the first episode of inflammation (called a flare) usually affects the big toe or other joints in the foot or ankle. If urate levels remain high, flares can recur, affecting additional joints throughout the body. The time between flares varies among affected individuals; however, most people who experience multiple flares have their second one within a year of their first.

Flares usually begin at night and can last several days. It is unclear what causes a flare to stop; the body likely turns off the inflammation response after a certain period of time. During a flare, individuals can experience throbbing or burning pain, swelling, warmth, redness, and difficulty moving the affected joint. Fevers may occur, after which the skin over the affected joint can begin to peel. Without treatment, people with gout can experience frequent flares and joint pain and damage, which can limit mobility and decrease quality of life.

In about 15 percent of people with gout, urate accumulates in the kidneys

and forms kidney stones. As the condition worsens, urate crystals can also be deposited under the skin or in other soft tissue, forming a nodule called a tophus (plural: tophi). These tophi often form in the hands, elbows, or feet. Tophi do not typically cause pain, but they can become inflamed, infected, or ooze fluid. Depending on their location, tophi can interfere with movements such as walking or gripping objects.

Many people with gout also have other health conditions. Most affected individuals have high blood pressure (hypertension), chronic kidney disease, or obesity. Some also have diabetes, heart disease, or a history of stroke. It is unclear whether gout is the cause of a person's increased risk for these conditions, or whether the conditions cause the development of gout, or whether both of these situations occur to influence disease.

Gout is caused by a combination of genetic and environmental factors. Some of the factors that contribute to this condition have been confirmed by research, while others are unknown. The main risk factor for developing gout is hyperuricemia. About one-quarter of individuals with hyperuricemia go on to develop gout. It is unclear why others with hyperuricemia do not get gout.

Large studies have identified dozens of genes that play a role in the development of gout. Multiple genetic changes, each with a small effect, likely combine to increase the risk of developing this disorder. Most of the known genes play a role in transporting urate, which is a byproduct of normal biochemical processes. Many gout-associated genes play a role in releasing urate into the urine if levels are too high or reabsorbing it back into the bloodstream if more is needed in the body. Other associated genes are involved in transporting or breaking down sugars or transporting other small molecules. The roles of some associated genes are unclear. Of all the genes that have been studied, two genes, SLC2A9 and ABCG2, seem to have the greatest influence on urate levels.

The SLC2A9 gene provides instructions for making a protein that is found primarily in the kidneys where it plays a role in managing the body's levels of urate. This protein helps reabsorb

Nongenetic factors are also believed to play a role in gout, primarily by triggering flares. These factors also often increase urate levels in the body. Consuming foods and beverages that are high in molecules called purines, such as red meat, seafood, dried beans, alcohol, and sugar-sweetened beverages can lead to increased urate. When purines are broken down, urate is made, which can cause hyperuricemia and lead to gout in some individuals. The risk for gout also increases with age. In particular, women have an increased risk after menopause. Following menopause, production of the hormone estrogen, which plays a role in removing urate from the body, declines so older women have a rise in urate levels and an increased risk of developing gout.

Learn more about the genes associated with Gout

The inheritance pattern of gout is unclear because many genetic and environmental factors appear to be involved. However, having a close relative with gout likely increases a person's risk of developing the condition. 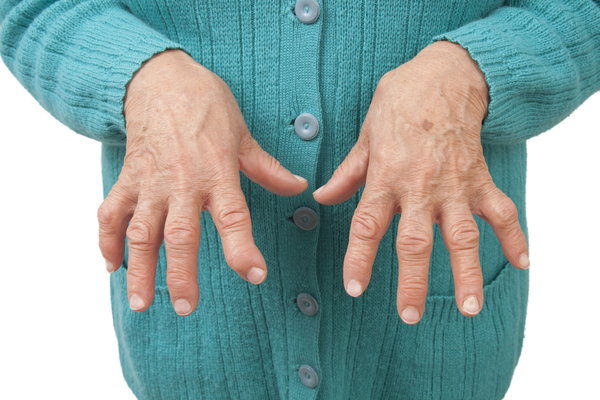