Ehlers-Danlos syndrome is a group of disorders that affect connective tissues supporting the skin, bones, blood vessels, and many other organs and tissues. Defects in connective tissues cause the signs and symptoms of these conditions, which range from mildly loose joints to life-threatening complications.

An unusually large range of joint movement (hypermobility) occurs in most forms of Ehlers-Danlos syndrome, and it is a hallmark feature of the hypermobile type. Infants and children with hypermobility often have weak muscle tone (hypotonia), which can delay the development of motor skills such as sitting, standing, and walking. The loose joints are unstable and prone to dislocation and chronic pain. In the arthrochalasia type of Ehlers-Danlos syndrome, infants have hypermobility and dislocations of both hips at birth.

Many people with the Ehlers-Danlos syndromes have soft, velvety skin that is highly stretchy (elastic) and fragile. Affected individuals tend to bruise easily, and some types of the condition also cause abnormal scarring. People with the classical form of Ehlers-Danlos syndrome experience wounds that split open with little bleeding and leave scars that widen over time to create characteristic "cigarette paper" scars

. The dermatosparaxis type of the disorder is characterized by loose skin

that sags and wrinkles, and extra (redundant) folds of skin may be present.

Other types of Ehlers-Danlos syndrome have additional signs and symptoms. The cardiac-valvular type causes severe problems with the valves that control the movement of blood through the heart. People with the kyphoscoliotic type experience severe curvature of the spine

that worsens over time and can interfere with breathing by restricting lung expansion. A type of Ehlers-Danlos syndrome called brittle cornea syndrome is characterized by thinness of the clear covering of the eye (the cornea) and other eye abnormalities. The spondylodysplastic type features short stature and skeletal abnormalities such as abnormally curved (bowed) limbs. Abnormalities of muscles, including hypotonia and permanently bent joints (contractures), are among the characteristic signs of the musculocontractural and myopathic forms of Ehlers-Danlos syndrome. The periodontal type causes abnormalities of the teeth and gums.

The combined prevalence of all types of Ehlers-Danlos syndrome appears to be at least 1 in 5,000 individuals worldwide. The hypermobile and classical forms are most common; the hypermobile type may affect as many as 1 in 5,000 to 20,000 people, while the classical type probably occurs in 1 in 20,000 to 40,000 people. Other forms of Ehlers-Danlos syndrome are rare, often with only a few cases or affected families described in the medical literature.

Some of the genes associated with the Ehlers-Danlos syndromes, including COL1A1, COL1A2, COL3A1, COL5A1, and COL5A2, provide instructions for making pieces of several different types of collagen. These pieces assemble to form mature collagen molecules that give structure and strength to connective tissues

throughout the body. Other genes, including ADAMTS2, FKBP14, PLOD1, and TNXB, provide instructions for making proteins that process, fold, or interact with collagen. Variants in any of these genes disrupt the production or processing of collagen, preventing these molecules from being assembled properly. These changes weaken connective tissues in the skin, bones, and other parts of the body, resulting in the characteristic features of the Ehlers-Danlos syndromes.

Some genes associated with recently described types of Ehlers-Danlos syndrome have functions that appear to be unrelated to collagen. For many of these genes, it is not clear how variants lead to hypermobility, elastic skin, and other features of these conditions.

Learn more about the genes associated with Ehlers-Danlos syndrome

The classical-like, cardiac-valvular, dermatosparaxis, kyphoscoliotic, spondylodysplastic, and musculocontractural types of Ehlers-Danlos syndrome, as well as brittle cornea syndrome, are inherited in an autosomal recessive pattern

The myopathic type of Ehlers-Danlos syndrome can have either an autosomal dominant or autosomal recessive pattern of inheritance. 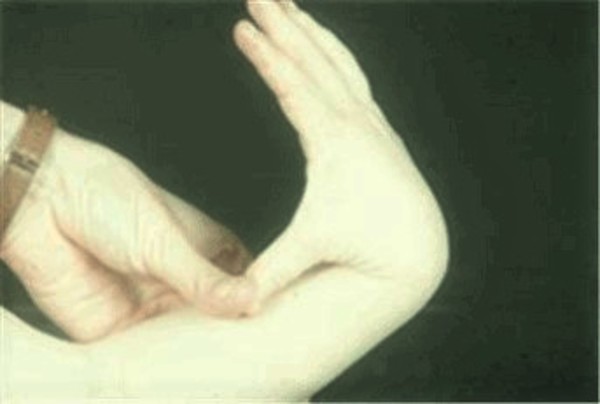