7q11.23 duplication syndrome is a condition that can cause a variety of neurological and behavioral problems as well as other abnormalities.

People with 7q11.23 duplication syndrome typically have delayed development of speech and motor skills such as crawling and walking. Speech problems and abnormalities in the way affected individuals walk and stand may persist throughout life. People with this condition may also have weak muscle tone (hypotonia) and abnormal movements, such as involuntary movements of one side of the body that mirror intentional movements of the other side. About one-fifth of people with 7q11.23 duplication syndrome experience seizures.

Behavioral problems associated with this condition include anxiety disorders (such as social phobias and selective mutism, which is an inability to speak in certain circumstances), attention-deficit/hyperactivity disorder (ADHD), physical aggression, excessively defiant behavior (oppositional disorder), and autistic behaviors that affect communication and social interaction.

Approximately half of individuals with 7q11.23 duplication syndrome have enlargement (dilatation) of the blood vessel that carries blood from the heart to the rest of the body (the aorta

); this enlargement can get worse over time. Aortic dilatation can lead to life-threatening complications if the wall of the aorta separates into layers (aortic dissection

People with 7q11.23 duplication syndrome can have characteristic features

of the head and face, including a large head (macrocephaly) that is flattened in the back (brachycephaly), a broad forehead, straight eyebrows, and deep-set eyes with long eyelashes. The nose may be broad at the tip with the area separating the nostrils attaching lower than usual on the face (low insertion of the columella), resulting in a shortened area between the nose and the upper lip (philtrum). A high arch in the roof of the mouth (high-arched palate

) and ear abnormalities may also occur. These features may be mild and not recognized in some affected individuals.

of a region on the long (q) arm of chromosome 7 in each cell. This region is called the Williams-Beuren syndrome critical region (WBSCR) because its deletion causes a different disorder called Williams syndrome, also known as Williams-Beuren syndrome. The region, which is 1.5 to 1.8 million DNA base pairs (Mb) in length, includes 26 to 28 genes.

Extra copies of several of the genes in the duplicated region, including the ELN and GTF2I genes, likely contribute to the characteristic features of 7q11.23 duplication syndrome. Researchers suggest that an extra copy of the ELN gene in each cell may be related to the increased risk for aortic dilatation in 7q11.23 duplication syndrome. Studies suggest that an extra copy of the GTF2I gene may be associated with some of the behavioral features of the disorder. However, the specific causes of these features are unclear.

Researchers are studying additional genes in the duplicated region, but none have been definitely linked to any of the specific signs or symptoms of 7q11.23 duplication syndrome.

Learn more about the genes and chromosome associated with 7q11.23 duplication syndrome

7q11.23 duplication syndrome is considered to be an autosomal dominant condition, which means one copy of chromosome 7 with the duplication in each cell is sufficient to cause the disorder. Most cases result from a duplication that occurs during the formation of reproductive cells (eggs and sperm). These cases occur in people with no history of the disorder in their family

. In about a quarter of cases, an affected person inherits the chromosome with a duplicated segment from a parent

. Typically, the parent has subtle signs and symptoms related to the duplication and is not diagnosed until after the disorder is recognized in the child. 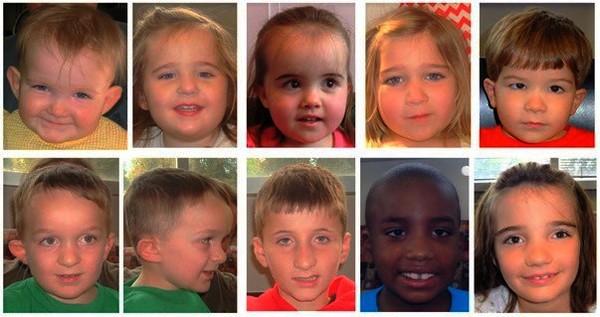