You Are Here:
Home →
Health Topics →
Valley Fever
URL of this page: https://medlineplus.gov/valleyfever.html

Also called: Coccidioidomycosis
On this page

Valley Fever is a disease caused by a fungus (or mold) called Coccidioides. The fungi live in the soil of dry areas like the southwestern U.S. You get it from inhaling the spores of the fungus. The infection cannot spread from person to person.

Anyone can get Valley Fever. But it's most common among older adults, especially those 60 and older. People who have recently moved to an area where it occurs are at highest risk for infection. Other people at higher risk include

Valley Fever is often mild, with no symptoms. If you have symptoms, they may include a flu-like illness, with fever, cough, headache, rash, and muscle aches. Most people get better within several weeks or months. A small number of people may develop a chronic lung or widespread infection. 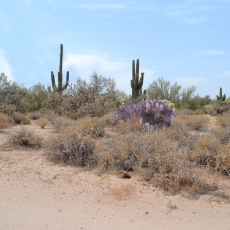