) of a small piece of chromosome 17 in each cell. The duplication occurs on the short (p) arm of the chromosome at a position designated p11.2. This condition is also known as 17p11.2 duplication syndrome.

Infants with Potocki-Lupski syndrome may have weak muscle tone (hypotonia) and swallowing difficulties (dysphagia) that lead to feeding problems. Some affected babies do not grow and gain weight at the expected rate (described as failure to thrive), and children with this condition tend to be shorter and weigh less than their peers. About 40 percent of babies with Potocki-Lupski syndrome are born with a heart defect, which in some cases is life-threatening.

Babies and children with Potocki-Lupski syndrome have delayed development, including delayed speech and language skills and gross motor skills such sitting, standing, and walking. As they get older, affected individuals have intellectual disability, which is usually mild to moderate, and ongoing difficulties with speech. Potocki-Lupski syndrome is also associated with behavioral problems, which can include attention problems, hyperactivity, compulsive or impulsive behaviors, and anxiety. Many people with this condition have features of autism spectrum disorder, which affects social interaction and communication.

Other signs and symptoms of Potocki-Lupski syndrome can include vision and hearing problems, dental and skeletal abnormalities, and abnormal kidney development and function. Many affected individuals have problems with sleep, including short pauses in breathing during sleep (sleep apnea) and trouble falling asleep and staying asleep. The condition can also have subtle differences in facial features, including outside corners of the eyes that point downward (down-slanting palpebral fissures

with a broad forehead

and a small jaw (micrognathia

Potocki-Lupski syndrome affects an estimated 1 in 25,000 people worldwide. More than 50 affected individuals have been described in the medical literature.

Potocki-Lupski syndrome results from a duplication

of genetic material at 17p11.2. In about two-thirds of affected individuals, the duplicated segment includes approximately 3.7 million DNA building blocks (base pairs), also written as 3.7 megabases (Mb). (A deletion

of this segment causes a related condition called Smith-Magenis syndrome.) In the remaining one-third of cases, the duplication is larger or smaller, ranging from less than 1 Mb to almost 20 Mb. All of these duplications affect one of the two copies of chromosome 17 in each cell.

Although the duplicated region contains multiple genes, researchers believe that having an extra copy of one particular gene, RAI1, underlies many of the characteristic features of Potocki-Lupski syndrome. All of the duplications known to cause the condition contain this gene. The RAI1 gene provides instructions for making a protein that helps regulate the activity (expression) of other genes. Although most of the genes regulated by the RAI1 protein have not been identified, this protein appears to control the expression of several genes involved in daily (circadian) rhythms, such as the sleep-wake cycle. Studies suggest that the duplication increases the amount of RAI1 protein, which disrupts the expression of genes that influence circadian rhythms. These changes may account for the sleep disturbances that occur with Potocki-Lupski syndrome. It is unclear how an extra copy of the RAI1 gene leads to intellectual disability and the other signs and symptoms of this condition. Extra copies of other genes at 17p11.2 likely also contribute to the features of this disorder; the role of these genes is under study.

This condition has an autosomal dominant pattern of inheritance, which means one copy of a 17p11.2 duplication in each cell is sufficient to cause the disorder.

chromosomal duplication and occur in people with no history of the disorder in their families. Less commonly, an affected person inherits

the duplication from one affected parent. 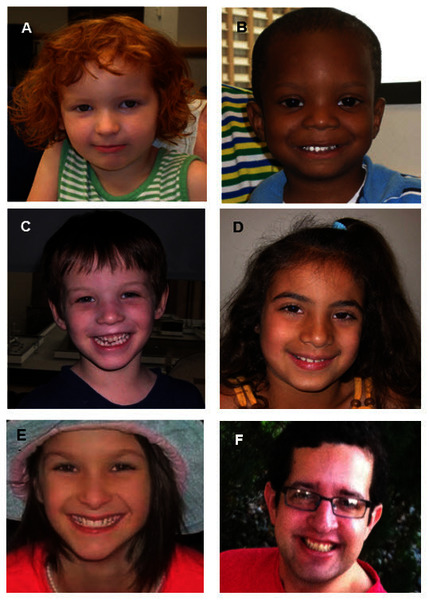