In individuals with MCAP, megalencephaly leads to an unusually large head size (macrocephaly

), which is typically evident at birth. After birth, the brain and head continue to grow at a fast rate for the first few years of life; then, the growth slows to a normal rate, although the head remains larger than average. Additional brain abnormalities are common in people with MCAP; these can include excess fluid within the brain (hydrocephalus) and abnormalities in the brain's structure, such as those known as Chiari malformation and polymicrogyria. Abnormal brain development leads to intellectual disability in most affected individuals and can also cause seizures or weak muscle tone (hypotonia). In particular, polymicrogyria is associated with speech delays and difficulty chewing and swallowing.

In some people with MCAP, excessive growth affects not only the brain but other individual parts of the body, which is known as segmental overgrowth. This can lead to one arm or leg that is bigger or longer than the other or a few oversized fingers or toes. Some affected individuals have fusion of the skin between two or more fingers or toes (cutaneous syndactyly).

Additional features of MCAP can include flexible joints and skin that stretches easily. Some affected individuals are said to have doughy skin because the tissue under the skin is unusually thick and soft.

The gene involved in MCAP is also associated with several types of cancer. Only a small number of individuals with MCAP have developed tumors (in particular, a childhood form of kidney cancer known as Wilms tumor and noncancerous tumors in the nervous system known as meningiomas).

The prevalence of MCAP is unknown. At least 150 affected individuals have been reported in the medical literature. Because the condition is often thought to be misdiagnosed or underdiagnosed, it may be more common than reported.

MCAP is caused by mutations in the PIK3CA gene, which provides instructions for making the p110 alpha (p110α) protein. This protein is one piece (subunit) of an enzyme called phosphatidylinositol 3-kinase (PI3K), which plays a role in chemical signaling within cells. PI3K signaling is important for many cell activities, including cell growth and division (proliferation), movement (migration) of cells, and cell survival. These functions make PI3K important for the development of tissues throughout the body, including the brain and blood vessels.

PIK3CA gene mutations involved in MCAP alter the p110α protein. The altered subunit makes PI3K abnormally active, which allows cells to grow and divide continuously. Increased cell proliferation leads to the overgrowth of the brain, blood vessels, and other organs and tissues characteristic of MCAP.

MCAP is one of several overgrowth syndromes, including Klippel-Trenaunay syndrome, that are caused by mutations in the PIK3CA gene. Together, these conditions are known as the PIK3CA-related overgrowth spectrum (PROS).

Learn more about the gene associated with Megalencephaly-capillary malformation syndrome

MCAP is not inherited from a parent and does not run in families. In people with MCAP, a PIK3CA gene mutation arises randomly in one cell during the early stages of development before birth. As cells continue to divide, some cells will have the mutation and other cells will not. This mixture of cells with and without a genetic mutation is known as mosaicism. 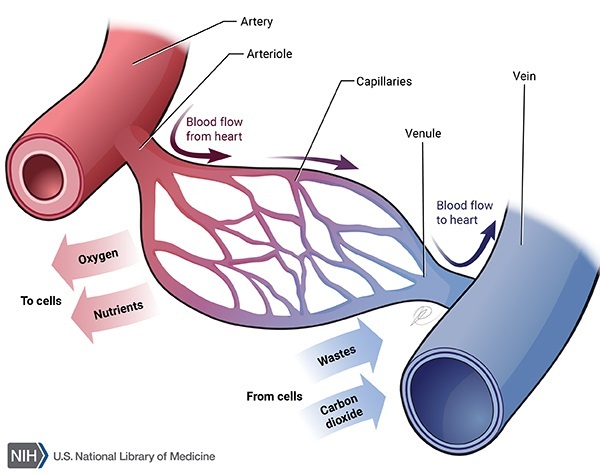