Lynch syndrome, often called hereditary nonpolyposis colorectal cancer (HNPCC), is an inherited disorder that increases the risk of many types of cancer, particularly cancers of the colon

(large intestine) and rectum, which are collectively referred to as colorectal cancer. People with Lynch syndrome also have an increased risk of cancers of the stomach

. Additionally, women with this disorder have a high risk of cancer of the ovaries and lining of the uterus (endometrial cancer

). Women with Lynch syndrome have a higher overall risk of developing cancer than men with the condition because of these cancers of the female reproductive system. In individuals with Lynch syndrome who develop cancer, the cancer typically occurs in their forties or fifties.

People with Lynch syndrome may occasionally have noncancerous (benign) growths in the colon, called colon polyps

. In individuals with this disorder, colon polyps occur at a younger age but not in greater numbers than they do in the general population.

In the United States, it is estimated that 1 in 279 individuals have a genetic variant (also known as a mutation) associated with Lynch syndrome.

Changes in the MLH1, MSH2, MSH6, PMS2, or EPCAM gene have been found in people with Lynch syndrome.

The MLH1, MSH2, MSH6, and PMS2 genes are involved in repairing errors that occur when DNA is copied in preparation for cell division (a process called DNA replication

). Because these genes work together to fix DNA errors, they are known as mismatch repair (MMR) genes. Variants in any of these genes prevent the proper repair of DNA replication errors. As the abnormal cells continue to divide, the accumulated errors can lead to uncontrolled cell growth and possibly cancer. Variants in the MLH1 or MSH2 gene tend to lead to a higher risk (70 to 80 percent) of developing cancer in a person's lifetime, while variants in the MSH6 or PMS2 gene have a lower risk (25 to 60 percent) of cancer development.

Variants in the EPCAM gene also lead to impaired DNA repair, although the gene is not itself involved in this process. The EPCAM gene lies next to the MSH2 gene on chromosome 2 and certain EPCAM gene variants cause the MSH2 gene to be turned off (inactivated). As a result, the MSH2 gene's role in DNA repair is impaired, which can lead to accumulated DNA errors and cancer development.

Although variants in these genes predispose individuals to cancer, not all people with these variants develop cancerous tumors.

Learn more about the genes associated with Lynch syndrome

, which means one inherited copy of the altered gene in each cell is sufficient to increase cancer risk. It is important to note that people with a variant have an increased risk of cancer; not all people who inherit variants in these genes will develop cancer. 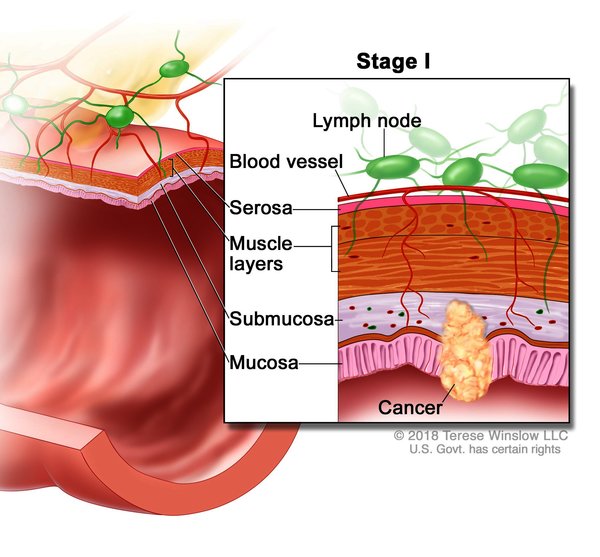