Hereditary diffuse gastric cancer (HDGC) is an inherited disorder that greatly increases the chance of developing a form of stomach(gastric) cancer. In this form, known as diffuse gastric cancer, there is no solid tumor. Instead cancerous (malignant) cells multiply underneath the stomach lining

, making the lining thick and rigid. The invasive nature of this type of cancer makes it highly likely that these cancer cells will spread (metastasize

) to other tissues, such as the liver or nearby bones.

Symptoms of diffuse gastric cancer occur late in the disease and can include stomach pain, nausea, vomiting, difficulty swallowing (dysphagia), decreased appetite, and weight loss. If the cancer metastasizes to other tissues, it may lead to an enlarged liver, yellowing of the eyes and skin (jaundice), an abnormal buildup of fluid in the abdominal cavity (ascites), firm lumps under the skin, or broken bones.

In HDGC, gastric cancer usually occurs in a person's late thirties or early forties, although it can develop anytime during adulthood. If diffuse gastric cancer is detected early, the survival rate is high; however, because this type of cancer is hidden underneath the stomach lining, it is usually not diagnosed until the cancer has become widely invasive. At that stage of the disease, the survival rate is approximately 20 percent.

Some people with HDGC have an increased risk of developing other types of cancer, such as a form of breast cancer in women that begins in the milk-producing glands

(lobular breast cancer); prostate cancer; and cancers of the colon

(large intestine) and rectum, which are collectively referred to as colorectal cancer. Most people with HDGC have family members who have had one of the types of cancer associated with HDGC. In some families, all the affected members have diffuse gastric cancer. In other families, some affected members have diffuse gastric cancer and others have another associated form of cancer, such as lobular breast cancer. Frequently, HDGC-related cancers develop in individuals before the age of 50.

Gastric cancer is the fourth most common form of cancer worldwide, affecting 900,000 people per year. HDGC probably accounts for less than 1 percent of these cases.

It is likely that 20 to 40 percent of individuals with HDGC have a mutation in the CDH1 gene. The CDH1 gene provides instructions for making a protein called epithelial cadherin or E-cadherin. This protein is found within the membrane that surrounds epithelial cells, which are the cells that line the surfaces and cavities of the body. E-cadherin helps neighboring cells stick to one another (cell adhesion) to form organized tissues. E-cadherin has many other functions including acting as a tumor suppressor protein, which means it prevents cells from growing and dividing too rapidly or in an uncontrolled way.

People with HDGC caused by CDH1 gene mutations are born with one mutated copy of the gene in each cell. These mutations cause the production of an abnormally short, nonfunctional version of E-cadherin or alter the protein's structure. For diffuse gastric cancer to develop, a second mutation

When both copies of the CDH1 gene are mutated in a particular cell, that cell cannot produce any functional E-cadherin. The loss of this protein prevents it from acting as a tumor suppressor, contributing to the uncontrollable growth and division of cells

. A lack of E-cadherin also impairs cell adhesion, increasing the likelihood that cancer cells will not come together to form a tumor but will invade the stomach wall and metastasize as small clusters of cancer cells into nearby tissues.

About 60 to 70 percent of individuals with HDGC do not have an identified mutation in the CDH1 gene. In some individuals, mutations in other cancer-inducing genes cause HDGC, but in some cases, the mechanism is unknown.

HDGC is inherited in an autosomal dominant pattern

, which means one copy of the altered CDH1 gene in each cell is sufficient to increase the risk of developing cancer.

In most cases, an affected person has one parent with the condition. 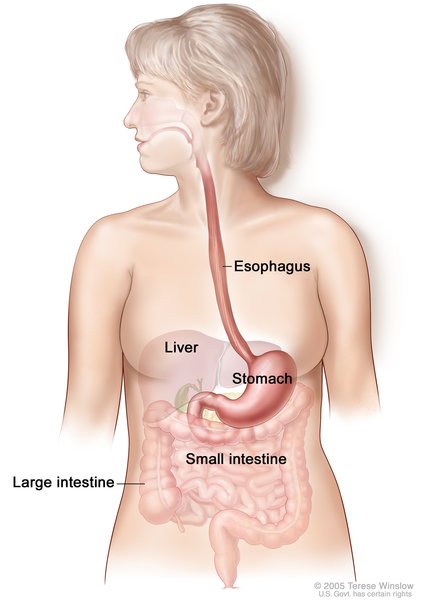