Hereditary angiopathy with nephropathy, aneurysms, and muscle cramps (HANAC) syndrome is part of a group of conditions called the COL4A1-related disorders. The conditions in this group have a range of signs and symptoms that involve fragile blood vessels. HANAC syndrome is characterized by angiopathy, which is a disorder of the blood vessels

. In people with HANAC syndrome, angiopathy affects several parts of the body. The blood vessels as well as thin sheet-like structures called basement membranes that separate and support cells are weakened and more susceptible to breakage.

disease (nephropathy). Fragile or damaged blood vessels or basement membranes in the kidneys can lead to blood in the urine (hematuria). Cysts

can also form in one or both kidneys, and the cysts may grow larger over time.

Compared to other COL4A1-related disorders, the brain is only mildly affected in HANAC syndrome. People with this condition may have a bulge in one or multiple blood vessels in the brain (intracranial aneurysms). These aneurysms have the potential to burst, causing bleeding within the brain (hemorrhagic stroke

). However, in people with HANAC syndrome, these aneurysms typically do not burst. About half of people with this condition also have leukoencephalopathy, which is a change in a type of brain tissue called white matter that can be seen with magnetic resonance imaging (MRI).

Muscle cramps experienced by most people with HANAC syndrome typically begin in early childhood. Any muscle may be affected, and cramps usually last from a few seconds to a few minutes, although in some cases they can last for several hours. Muscle cramps can be spontaneous or triggered by exercise.

Individuals with HANAC syndrome also experience a variety of eye

problems. All individuals with this condition have arteries that twist and turn abnormally within the light-sensitive tissue at the back of the eyes (arterial retinal tortuosity). This blood vessel abnormality can cause episodes of bleeding within the eyes following any minor trauma to the eyes, leading to temporary vision loss. Other eye problems associated with HANAC syndrome include a clouding of the lens of the eye (cataract

Rarely, affected individuals will have a condition called Raynaud phenomenon in which the blood vessels in the fingers and toes temporarily narrow, restricting blood flow to the fingertips and the ends of the toes. As a result, the skin around the affected area may turn white or blue for a brief period of time and the area may tingle or throb. Raynaud phenomenon is typically triggered by changes in temperature and usually causes no long term damage.

HANAC syndrome is a rare condition, although the exact prevalence is unknown. At least six affected families have been described in the scientific literature.

Mutations in the COL4A1 gene cause HANAC syndrome. The COL4A1 gene provides instructions for making one component of a protein called type IV collagen

The COL4A1 gene mutations that cause HANAC syndrome result in the production of a protein that disrupts the structure of type IV collagen. As a result, type IV collagen molecules cannot attach to each other to form the protein networks in basement membranes. Basement membranes without these networks are unstable, leading to weakening of the tissues that they surround. In people with HANAC syndrome, the vasculature and other tissues within the kidneys, brain, muscles, eyes, and throughout the body weaken.

Learn more about the gene associated with Hereditary angiopathy with nephropathy, aneurysms, and muscle cramps syndrome 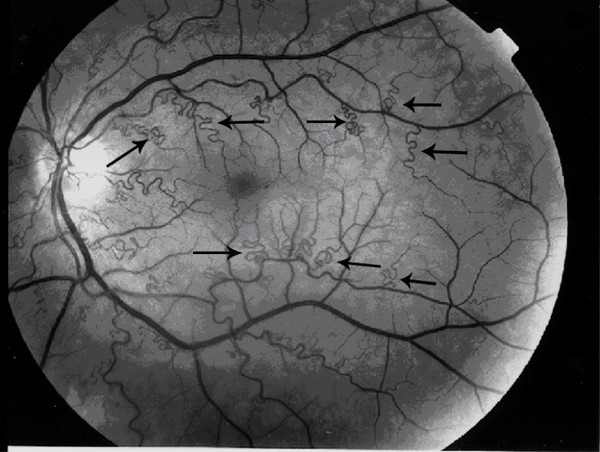