Burn-McKeown syndrome is a disorder that is present from birth (congenital) and involves abnormalities of the nasal passages, characteristic facial features, hearing loss, heart abnormalities, and short stature.

In people with Burn-McKeown syndrome, both nasal passages are usually narrowed (bilateral choanal stenosis) or completely blocked (bilateral choanal atresia), which can cause life-threatening breathing problems in infancy without surgical repair. Typical facial features include narrow openings of the eyelids (short palpebral fissures

); a gap (coloboma) in the lower eyelids; widely spaced eyes (hypertelorism); a prominent bridge of the nose; a short space between the nose and the upper lip (philtrum); a small opening of the mouth (microstomia); and large, protruding ears

Some people with Burn-McKeown syndrome have congenital hearing loss in both ears which varies in severity among affected individuals. The hearing loss is described as mixed, which means that it is caused by both changes in the inner ear

Other features that can occur in Burn-McKeown syndrome include mild short stature and congenital heart defects such as patent ductus arteriosus (PDA). The ductus arteriosus is a connection between two major arteries, the aorta and the pulmonary artery. This connection is open during fetal development and normally closes shortly after birth. However, the ductus arteriosus remains open, or patent, in babies with PDA. If untreated, this heart defect causes infants to breathe rapidly, feed poorly, and gain weight slowly; in severe cases, it can lead to heart failure. Intelligence is unaffected in Burn-McKeown syndrome.

Burn-McKeown syndrome is a rare disorder; its prevalence is unknown. Only a small number of affected individuals have been described in the medical literature.

Burn-McKeown syndrome is caused by mutations in the TXNL4A gene or in an area of genetic material near the TXNL4A gene called the promoter region, which controls the production of protein from the gene. The TXNL4A gene provides instructions for making one part (subunit) of a protein complex called the major spliceosome, which is the larger of two types of spliceosomes found in human cells. Spliceosomes help process messenger RNA (mRNA), which is a chemical cousin of DNA that serves as a genetic blueprint for making proteins. Spliceosomes recognize and then remove regions called introns from immature mRNA molecules to help produce mature mRNA.

The mutations affecting the TXNL4A gene that cause Burn-McKeown syndrome reduce the amount of protein produced from the gene. Research suggests that reduced quantities of this spliceosome subunit affect the assembly of the major spliceosome and change the production of a particular group of mRNA molecules. The details of these changes and their relationship to the specific signs and symptoms of Burn-McKeown syndrome are unknown. However, mutations in several genes involved in spliceosome formation or function have been shown to cause other conditions with abnormalities affecting the head and face (craniofacial malformations), so craniofacial development is thought to be particularly sensitive to spliceosome problems.

Learn more about the gene associated with Burn-McKeown syndrome 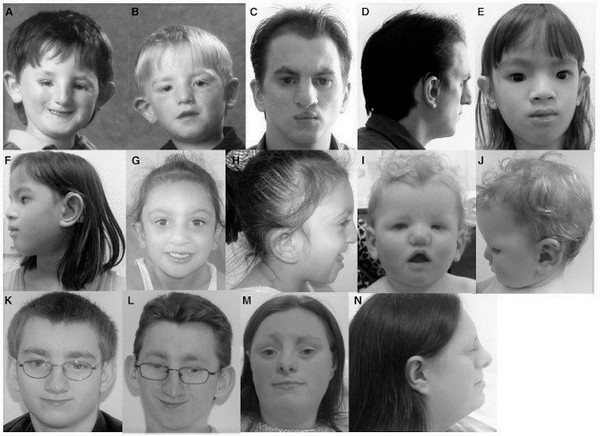