Bohring-Opitz syndrome is a rare condition that affects the development of many parts of the body.

) and a skull abnormality called trigonocephaly

, which gives the forehead a pointed appearance. Structural brain abnormalities can occur with or without head abnormalities. For example, the fluid-filled spaces near the center of the brain (ventricles) may be usually large (ventriculomegaly) or the tissue that connects the left and right halves of the brain (the corpus callosum) can be abnormally thin.

Eye problems that can affect vision also occur in people with Bohring-Opitz syndrome. People with this disorder may have protruding eyes (exophthalmos), eyes that do not point in the same direction (strabismus), widely spaced eyes (hypertelorism

), or outside corners of the eyes that point upward (upslanting palpebral fissures

) or the nerves that carry information from the eyes to the brain (optic nerves).

Additional facial differences associated with Bohring-Opitz syndrome can include a flat nasal bridge, nostrils that open to the front rather than downward (anteverted nares

), a high arch or opening in the roof of the mouth (high arched

), a split in the upper lip (cleft lip), a small lower jaw (micrognathia), low-set ears that are rotated backward, a red birthmark (nevus simplex) on the face (usually the forehead), a low frontal hairline often with eyebrows that grow together in the middle (synophrys), and excessive body and facial hair (hirsutism) that increases with age.

Some individuals with Bohring-Opitz syndrome have poor growth before birth (intrauterine growth retardation). During infancy, they grow and gain weight slowly and often have severe feeding difficulties with recurrent vomiting.

. This posture consists of slouching shoulders, bent elbows and wrists, hands positioned with the wrists or all of the fingers angled outward toward the fifth finger (ulnar deviation

), with the legs usually extended straight. Affected individuals usually stop exhibiting the Bohring-Opitz syndrome posture as they get older. Other abnormalities include joint deformities (called contractures) that are apparent at birth in the knees, hips, or other joints and abnormal muscle tone. Affected individuals can have recurrent infections and heart, kidney, or genital abnormalities. In rare cases, a childhood form of kidney cancer known as Wilms tumor can develop.

Some individuals with Bohring-Opitz syndrome do not survive past early childhood, while others live into adolescence or early adulthood. The most common causes of death are heart problems, abnormalities of the throat and airways that cause pauses in breathing (obstructive apnea), and lung infections.

Bohring-Opitz syndrome is thought to be a rare condition, although its exact prevalence is unknown. More than 40 affected individuals have been described in the scientific literature.

Bohring-Opitz syndrome is caused by mutations in the ASXL1 gene. This gene provides instructions for making a protein that is involved in a process known as chromatin remodeling. Chromatin

is the complex of DNA and proteins that packages DNA into chromosomes. The structure of chromatin can be changed (remodeled) to alter how tightly DNA is packaged. Through its role in chromatin remodeling, the ASXL1 gene regulates the activity (expression) of many genes, including a group of genes known as HOX genes, which play important roles in development before birth. The ASXL1 protein can turn on (activate) or turn off (repress) HOX genes depending on when they are needed.

ASXL1 gene mutations reduce the amount of functional ASXL1 protein available, which likely disrupts the regulation of the activity of HOX genes and other genes during development. Altered activity of these genes probably leads to the neurological and physical features of this condition.

Learn more about the gene associated with Bohring-Opitz syndrome

condition, which means one copy of the altered gene in each cell is sufficient to cause the disorder.

Most cases of the condition result from new (de novo) mutations in the gene that occur during the formation of reproductive cells (eggs or sperm) or in early embryonic development. These cases occur in people with no history of the disorder in their family. No one with Bohring-Opitz syndrome has been known to have children.

Very rarely, individuals with Bohring-Opitz syndrome inherit the altered gene from their unaffected mother, who has the mutation only in some cells, including egg cells, but not in others. This phenomenon is known as mosaicism. 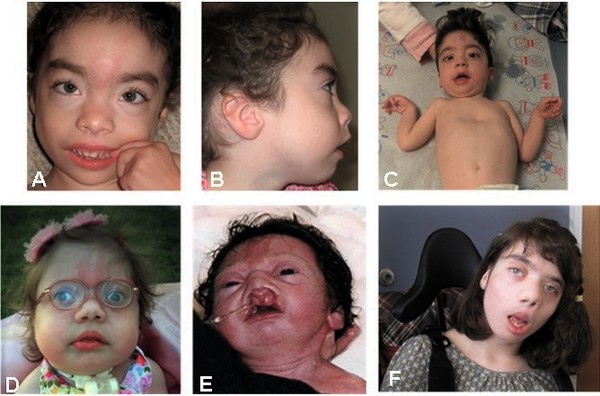