Individuals with SATB2-associated syndrome typically have mild to severe intellectual disability, and their ability to speak is delayed or absent. Development of motor skills, such as rolling over, sitting, and walking, can also be delayed. Many affected individuals have behavioral problems, including hyperactivity and aggression. Some exhibit autistic behaviors, such as repetitive movements. A happy or overly friendly personality is also common among individuals with SATB2-associated syndrome. Less common neurological problems include feeding difficulties and weak muscle tone (hypotonia) in infancy. About half of affected individuals have abnormalities in the structure of the brain.

), a small lower jaw (micrognathia), and dental abnormalities, which can include abnormally sized or shaped teeth, extra (supernumerary) teeth, or missing teeth (oligodontia). Some people with SATB2-associated syndrome have other unusual facial features, such as a prominent forehead, low-set ears, or a large area between the nose and mouth (a long philtrum

). People with this disorder may also have a shortage of minerals, such as calcium, in bones (decreased bone mineral density), which makes the bones brittle and prone to fracture.

SATB2-associated syndrome is a rare condition. Its prevalence is unknown.

SATB2-associated syndrome is caused by genetic changes that affect the SATB2 gene. These include changes within the SATB2 gene itself and deletions of large pieces of DNA from chromosome 2 that remove the SATB2 gene and other nearby genes. The SATB2 gene provides instructions for making a protein that is involved in the development of the brain and structures in the head and face. The SATB2 protein directs development by controlling the activity of multiple genes in a coordinated fashion.

The signs and symptoms of SATB2-associated syndrome are usually similar, regardless of the type of alteration that causes it. However, uncommon features of the condition, such as problems with the heart, genitourinary tract, skin, or hair, tend to occur in individuals with large deletions. Researchers suspect these features are related to the loss of other genes near SATB2.

SATB2-associated syndrome is not typically inherited. It results from new (de novo) changes in the gene that occur during the formation of reproductive cells (eggs or sperm) or in early embryonic development. Affected individuals have no history of the disorder in their family. 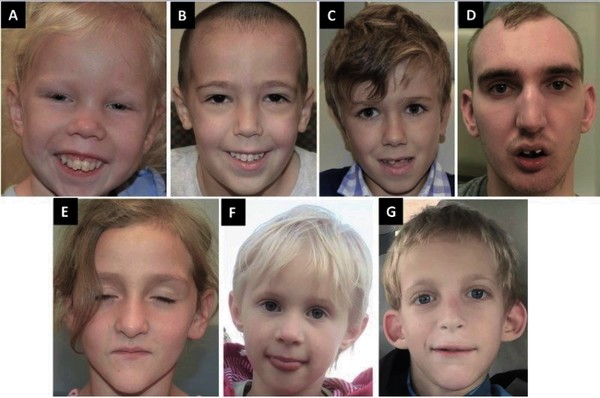