Pulmonary veno-occlusive disease (PVOD) is characterized by the blockage (occlusion) of the blood vessels that carry oxygen-rich (oxygenated) blood from the lungs to the heart (the pulmonary veins). The occlusion is caused by a buildup of abnormal fibrous tissue in the small veins in the lungs

, which narrows the vessels and impairs blood flow. Because blood flow through the lungs is difficult, pressure rises in the vessels that carry blood that needs to be oxygenated to the lungs from the heart (the pulmonary arteries

). Increased pressure in these vessels is known as pulmonary arterial hypertension.

The problems with blood flow in PVOD also impair the delivery of oxygenated blood to the rest of the body, which leads to the signs and symptoms of the condition. Shortness of breath (dyspnea) and tiredness (fatigue) during exertion are the most common symptoms of this condition. Other common features include dizziness, a lack of energy (lethargy), difficulty breathing when lying down, and a cough that does not go away. As the condition worsens, affected individuals can develop a bluish tint to the skin (cyanosis), chest pains, fainting spells, and an accumulation of fluid in the lungs (pulmonary edema

Certain features commonly seen in people with PVOD can be identified using a test called a CT scan. One of these features, which is seen in the lungs of affected individuals, is an abnormality described as centrilobular ground-glass opacities. Affected individuals also have abnormal thickening of certain tissues in the lungs, which is described as septal lines. In addition, lymph nodes in the chest (mediastinal lymph nodes) are abnormally enlarged in people with PVOD.

PVOD can begin at any age, and the blood flow problems worsen over time. Because of the increased blood pressure in the pulmonary arteries, the heart must work harder than normal to pump blood to the lungs, which can eventually lead to fatal heart failure. Most people with this severe disorder do not live more than 2 years after diagnosis.

The primary genetic cause of PVOD is mutations in the EIF2AK4 gene. Mutations in other genes may cause a small percentage of cases. Other suspected causes of PVOD include viral infection and exposure to toxic chemicals, including certain chemotherapy drugs.

The protein produced from the EIF2AK4 gene helps cells respond appropriately to changes that could damage the cell. For example, when the level of protein building blocks (amino acids

) in a cell falls too low, the activity of the EIF2AK4 protein helps reduce the production of other proteins, which conserves amino acids. The EIF2AK4 gene mutations involved in PVOD likely eliminate functional EIF2AK4 protein; however, it is unknown how absence of this protein's function leads to the pulmonary vessel abnormalities that underlie PVOD.

Learn more about the genes associated with Pulmonary veno-occlusive disease

When caused by mutations in the EIF2AK4 gene, PVOD is inherited in an autosomal recessive pattern

In contrast, when caused by mutations in another gene, the condition can have an autosomal dominant pattern

of inheritance, which means one copy of the altered gene in each cell is sufficient to cause the disorder. In these cases, one parent of an affected individual typically has increased blood pressure in the vessels of the lungs. 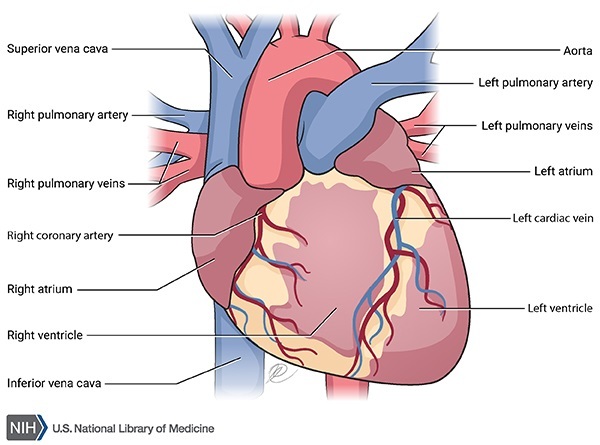