You Are Here:
Home →
Genetics →
Genetic Conditions →
Porphyria
URL of this page: https://medlineplus.gov/genetics/condition/porphyria/

Porphyria is a group of disorders caused by abnormalities in the chemical steps that lead to heme production. Heme is a vital molecule for all of the body's organs, although it is most abundant in the blood, bone marrow, and liver. Heme is a component of several iron-containing proteins called hemoproteins, including hemoglobin

(the protein that carries oxygen in the blood).

Other types of porphyria, called acute porphyrias, primarily affect the nervous system. These disorders are described as "acute" because their signs and symptoms appear quickly and usually last a short time. Episodes of acute porphyria can cause abdominal pain, vomiting, constipation, and diarrhea. During an episode, a person may also experience muscle weakness, seizures, fever, and mental changes such as anxiety and hallucinations. These signs and symptoms can be life-threatening, especially if the muscles that control breathing become paralyzed. Acute porphyrias include acute intermittent porphyria and ALAD deficiency porphyria. Two other forms of porphyria, hereditary coproporphyria and variegate porphyria, can have both acute and cutaneous symptoms.

) and enlargement of the spleen (splenomegaly). The other types of porphyrias are considered hepatic porphyrias. In these disorders, porphyrins and porphyrin precursors originate primarily in the liver

, leading to abnormal liver function and an increased risk of developing liver cancer

Environmental factors can strongly influence the occurrence and severity of signs and symptoms of porphyria. Alcohol, smoking, certain drugs, hormones, other illnesses, stress, and dieting or periods without food (fasting) can all trigger the signs and symptoms of some forms of the disorder. Additionally, exposure to sunlight worsens the skin damage in people with cutaneous porphyrias.

The exact prevalence of porphyria is unknown, but it probably ranges from 1 in 500 to 1 in 50,000 people worldwide. Overall, porphyria cutanea tarda is the most common type of porphyria. For some forms of porphyria, the prevalence is unknown because many people with a genetic mutation associated with the disease never experience signs or symptoms.

Acute intermittent porphyria is the most common form of acute porphyria in most countries. It may occur more frequently in northern European countries, such as Sweden, and in the United Kingdom. Another form of the disorder, hereditary coproporphyria, has been reported mostly in Europe and North America. Variegate porphyria is most common in the Afrikaner population of South Africa; about 3 in 1,000 people in this population have the genetic change that causes this form of the disorder.

Each form of porphyria results from mutations in one of these genes: ALAD, ALAS2, CPOX, FECH, HMBS, PPOX, UROD, or UROS.

The genes related to porphyria provide instructions for making the enzymes needed to produce heme. Mutations in most of these genes reduce enzyme activity, which limits the amount of heme the body can produce. As a result, compounds called porphyrins and porphyrin precursors, which are formed during the process of heme production, can build up abnormally in the liver

and other organs. When these substances accumulate in the skin and interact with sunlight, they cause the cutaneous forms of porphyria. The acute forms of the disease occur when porphyrins and porphyrin precursors build up in and damage the nervous system.

Learn more about the genes associated with Porphyria

Some types of porphyria are inherited in an autosomal dominant pattern

, which means one copy of the gene in each cell is mutated. This single mutation is sufficient to reduce the activity of an enzyme needed for heme production, which increases the risk of developing signs and symptoms of porphyria. Autosomal dominant porphyrias include acute intermittent porphyria, most cases of erythropoietic protoporphyria, hereditary coproporphyria, and variegate porphyria. Although the gene mutations associated with some cases of porphyria cutanea tarda also have an autosomal dominant inheritance pattern, most people with this form of porphyria do not have an inherited gene mutation.

Other porphyrias are inherited in an autosomal recessive pattern

, which means both copies of the gene in each cell have mutations. Most often, the parents of an individual with an autosomal recessive condition each carry one copy of the mutated gene, but do not show signs and symptoms of the condition. Porphyrias with an autosomal recessive pattern of inheritance include ALAD deficiency porphyria, congenital erythropoietic porphyria, and some cases of erythropoietic protoporphyria.

When erythropoietic protoporphyria is caused by mutations in the ALAS2 gene, it has an X-linked dominant pattern

of inheritance. The ALAS2 gene is located on the X chromosome, which is one of the two sex chromosomes

. In females (who have two X chromosomes), a mutation in one of the two copies of the gene in each cell may be sufficient to cause the disorder. In males (who have only one X chromosome), a mutation in the only copy of the gene in each cell causes the disorder. Males may experience more severe symptoms of the disorder than females. A characteristic of X-linked inheritance is that fathers cannot pass X-linked traits to their sons. 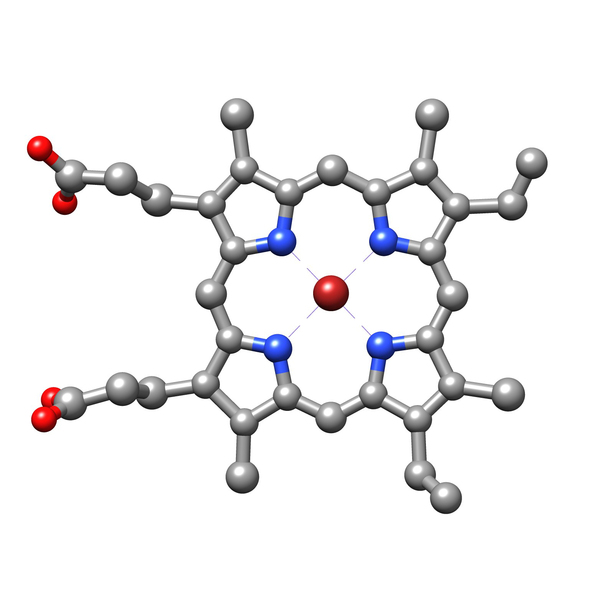