Obstructive sleep apnea is a condition in which individuals experience pauses in breathing (apnea) during sleep, which are associated with partial or complete closure of the throat (pper airway). Complete closure can lead to apnea while partial closure allows breathing but decrease the intake of oxygen (hypopnea).

The causes of obstructive sleep apnea are often complex. This condition results from a combination of genetic, health, and lifestyle factors, many of which have not been identified. Studies suggest that variations in multiple genes, each with a small effect, combine to increase the risk of developing the condition. However, it is unclear what contribution each of these genetic changes makes to disease risk. Most of the variations have been identified in single studies, and subsequent research has not verified them.

Genes thought to be associated with the development of obstructive sleep apnea are involved in many body processes. These include communication between nerve cells, breathing regulation, control of inflammatory responses by the immune system, development of tissues in the head and face (craniofacial development), the sleep-wake cycle, and appetite control.

Obesity is a major risk factor for obstructive sleep apnea as 60 to 70 percent of individuals with this condition have obesity. It is thought that excess fatty tissue in the head and neck constricts airways and abdominal fat may prevent the chest and lungs from fully expanding and relaxing. Other risk factors for obstructive sleep apnea include alcohol use; frequent nasal congestion; and blockages of the airways

, such as by enlarged tonsils.

Obstructive sleep apnea often occurs on its own, without signs and symptoms affecting other parts of the body. However, it can also occur as part of a syndrome, such as mucopolysaccharidosis type I or polycystic ovary syndrome.

The inheritance pattern of obstructive sleep apnea is unclear. Overall, the risk of developing this condition is about 50 percent greater for first-degree relatives

(such as siblings or children) of affected individuals as compared to the general public. 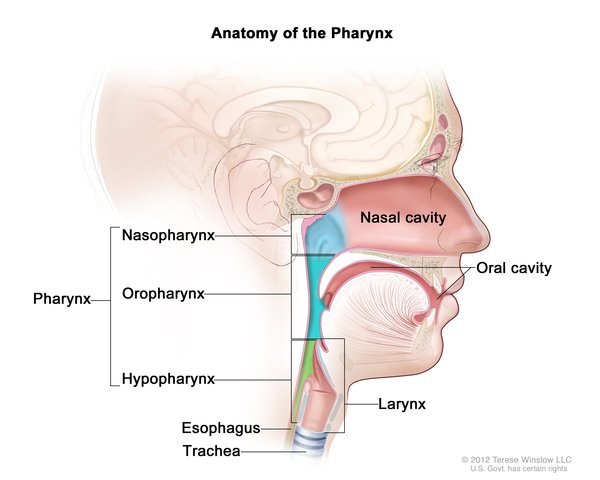