Children with MPS I often have no signs or symptoms of the condition at birth, although some have a soft out-pouching

around the belly-button (umbilical hernia) or lower abdomen (inguinal hernia). People with severe MPS I generally begin to show other signs and symptoms of the disorder within the first year of life, while those with the attenuated form have milder features that develop later in childhood.

Individuals with MPS I may have a large head

(macrocephaly), a buildup of fluid in the brain (hydrocephalus), heart valve

that are described as "coarse," an enlarged liver and spleen (hepatosplenomegaly), and a large tongue (macroglossia). Vocal cords can also enlarge, resulting in a deep, hoarse voice. The airway may become narrow in some people with MPS I, causing frequent upper respiratory infections and short pauses in breathing during sleep (sleep apnea).

), which can cause significant vision loss. Affected individuals may also have hearing loss and recurrent ear infections.

Some individuals with MPS I have short stature and joint deformities (contractures) that affect mobility. Most people with the severe form of the disorder also have dysostosis multiplex, which refers to multiple skeletal abnormalities

seen on x-ray. Carpal tunnel syndrome develops in many children with this disorder and is characterized by numbness, tingling, and weakness in the hand and fingers. Narrowing of the spinal canal (spinal stenosis

) in the neck can compress and damage the spinal cord.

While both forms of MPS I can affect many different organs and tissues, people with severe MPS I experience a decline in intellectual function and a more rapid disease progression. Developmental delay is usually present by age 1, and severely affected individuals eventually lose basic functional skills (developmentally regress). Children with this form of the disorder usually have a shortened lifespan, sometimes living only into late childhood. Individuals with attenuated MPS I typically live into adulthood

and may or may not have a shortened lifespan. Some people with the attenuated type have learning disabilities, while others have no intellectual impairments. Heart disease and airway obstruction are major causes of death in people with both types of MPS I.

Mutations in the IDUA gene cause MPS I. The IDUA gene provides instructions for producing an enzyme that is involved in the breakdown of large sugar molecules called glycosaminoglycans (GAGs). GAGs were originally called mucopolysaccharides, which is where this condition gets its name. Mutations in the IDUA gene reduce or completely eliminate the function of the IDUA enzyme. The lack of IDUA enzyme activity leads to the accumulation of GAGs within cells, specifically inside the lysosomes

Learn more about the gene associated with Mucopolysaccharidosis type I 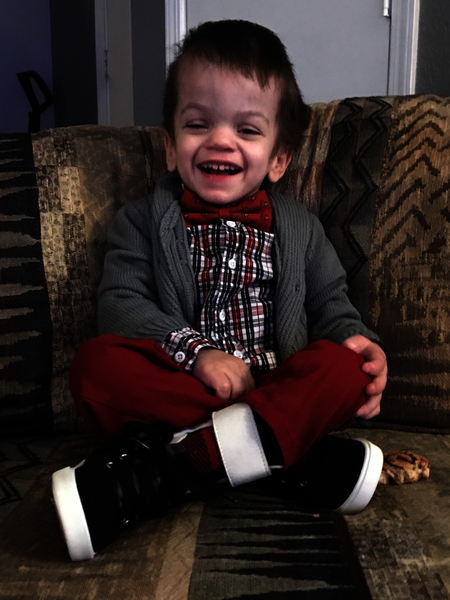