Affected infants typically have severe brain dysfunction (encephalopathy), which can contribute to weak muscle tone (hypotonia), seizures, and delayed development of mental and movement abilities (psychomotor delay). These infants often have difficulty growing and gaining weight at the expected rate (failure to thrive). Most affected babies have a buildup of a chemical called lactic acid in the body (lactic acidosis), which can be life-threatening. They may also have high levels of a molecule called glycine (hyperglycinemia) or elevated levels of sugar (hyperglycemia) in the blood. Some babies with multiple mitochondrial dysfunctions syndrome have high blood pressure in the blood vessels that connect to the lungs (pulmonary hypertension) or weakening of the heart muscle (cardiomyopathy).

Multiple mitochondrial dysfunctions syndrome is a rare condition; its prevalence is unknown. It is one of several conditions classified as mitochondrial disorders, which affect an estimated 1 in 5,000 people worldwide.

Multiple mitochondrial dysfunctions syndrome can be caused by mutations in the NFU1 or BOLA3 gene. The proteins produced from each of these genes appear to be involved in the formation of molecules called iron-sulfur (Fe-S) clusters or in the attachment of these clusters to other proteins. Certain proteins require attachment of Fe-S clusters to function properly.

The NFU-1 and BOLA3 proteins play an important role in mitochondria. In these structures, several proteins carry out a series of chemical steps

to convert the energy in food into a form that cells can use. Many of the proteins involved in these steps require Fe-S clusters to function, including protein complexes called complex I, complex II, and complex III.

Mutations in the NFU1 or BOLA3 gene reduce or eliminate production of the respective protein, which impairs Fe-S cluster formation. Consequently, proteins affected by the presence of Fe-S clusters, including those involved in energy production and glycine breakdown, cannot function normally. Reduced activity of complex I, II, or III, pyruvate dehydrogenase, or alpha-ketoglutarate dehydrogenase leads to potentially fatal lactic acidosis, encephalopathy, and other signs and symptoms of multiple mitochondrial dysfunctions syndrome. In some affected individuals, impairment of the glycine cleavage system leads to a buildup of glycine. 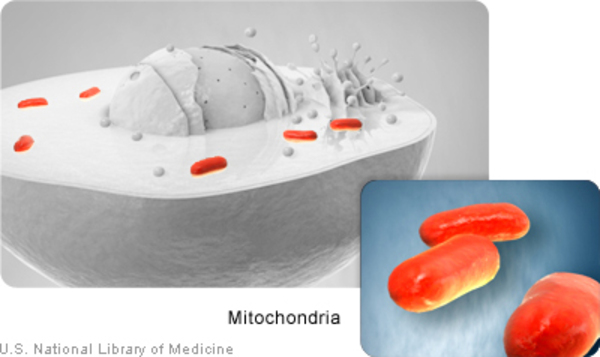