Koolen-de Vries syndrome is a disorder characterized by developmental delay and mild to moderate intellectual disability. People with this disorder typically have a disposition that is described as cheerful, sociable, and cooperative. They usually have weak muscle tone (hypotonia) in childhood. About half have recurrent seizures (epilepsy).

Affected individuals often have distinctive facial features including a high, broad forehead; droopy eyelids (ptosis); a narrowing of the eye openings (blepharophimosis); outer corners of the eyes that point upward (upward-slanting palpebral fissures); skin folds covering the inner corner of the eyes (epicanthal folds); a bulbous nose; and prominent ears. Males with Koolen-de Vries syndrome often have undescended testes (cryptorchidism). Defects in the walls between the chambers of the heart (septal defects) or other cardiac abnormalities, kidney problems, and skeletal anomalies such as foot deformities occur in some affected individuals.

The prevalence of Koolen-de Vries syndrome is estimated to be 1 in 16,000. However, the underlying genetic cause is often not identified in people with intellectual disability, so this condition is likely underdiagnosed.

The microdeletion that causes Koolen-de Vries syndrome occurs on the long (q) arm of chromosome 17 at a location designated q21.31. While the exact size of the deletion varies among affected individuals, most are missing a sequence of about 500,000 DNA building blocks (base pairs) containing several genes. However, because individuals with KANSL1 gene mutations have the same signs and symptoms as those with the microdeletion, researchers have concluded that the loss of this gene accounts for the features of this disorder.

. Chromatin is the complex of DNA and protein that packages DNA into chromosomes. The protein produced from the KANSL1 gene is found in most organs and tissues of the body before birth and throughout life. By its involvement in controlling the activity of other genes, this protein plays an important role in the development and function of many parts of the body. Loss of one copy of this gene impairs normal development and function, but the relationship of KANSL1 gene loss to the specific signs and symptoms of Koolen-de Vries syndrome is unclear.

condition because a deletion or mutation affecting one copy of the KANSL1 gene in each cell is sufficient to cause the disorder. In most cases, the disorder is not inherited. The genetic change occurs most often as a random event during the formation of reproductive cells (eggs and sperm) or in early fetal development. Affected people typically have no history of the disorder in their family. While it is possible for them to pass the condition on to their children, no individuals with Koolen-de Vries syndrome have been known to reproduce.

Most people with Koolen-de Vries syndrome caused by a deletion have had at least one parent with a common variant of the 17q21.31 region of chromosome 17 called the H2 lineage. This variant is found in 20 percent of people of European and Middle Eastern descent, although it is rare in other populations. In the H2 lineage, a 900 kb segment of DNA, which includes the region deleted in most cases of Koolen-de Vries syndrome, has undergone an inversion

. An inversion involves two breaks in a chromosome; the resulting piece of DNA is reversed and reinserted into the chromosome.

People with the H2 lineage have no health problems related to the inversion. However, genetic material can be lost or duplicated when the inversion is passed to the next generation. Other, unknown factors are thought to play a role in this process. So while the inversion is very common, only an extremely small percentage of parents with the inversion have a child affected by Koolen-de Vries syndrome. 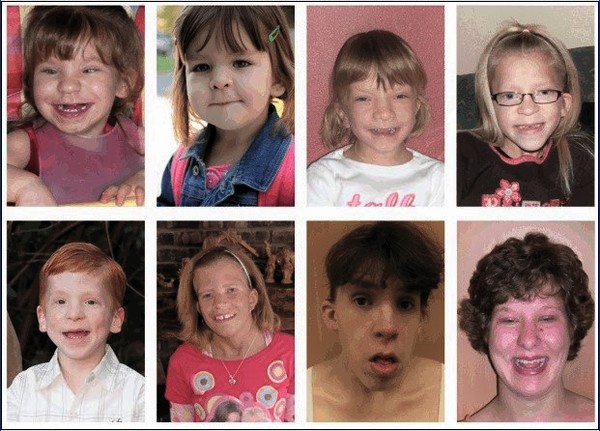