KBG syndrome is a rare disorder that affects several body systems. "KBG" represents the surname initials of the first families diagnosed with the disorder. Common signs and symptoms in individuals with this condition include unusual facial features, skeletal abnormalities, and intellectual disability.

). Other distinctive facial features include a wide, short skull (brachycephaly

), a triangular face shape, widely spaced eyes (hypertelorism), wide eyebrows that may grow together in the middle (synophrys

), a prominent nasal bridge, a long space between the nose and upper lip (long philtrum

). Most affected individuals are shorter than average from birth.

Development of mental and movement abilities is also delayed in KBG syndrome. Most affected individuals learn to speak and walk later than normal and have mild to moderate intellectual disability. Most people with this condition have behavioral or emotional problems, such as hyperactivity; anxiety; or autism spectrum disorder, which is characterized by impaired communication and social interactions.

KBG syndrome is a rare disorder that has been reported in more than 150 individuals in the medical literature, though there are likely more who have not been recorded in the literature. For unknown reasons, males are affected more often than females. Doctors think the disorder is underdiagnosed because the signs and symptoms can be mild and may be attributed to other disorders.

KBG syndrome is caused by mutations in the ANKRD11 gene. The protein produced from this gene enables other proteins to interact with each other and helps control gene activity. The ANKRD11 protein is found in nerve cells (neurons) in the brain. It plays a role in the proper development of the brain and may be involved in the ability of neurons to change and adapt over time (plasticity), which is important for learning and memory. ANKRD11 may function in other cells in the body and appears to be involved in normal bone development.

Most of the ANKRD11 gene mutations involved in KBG syndrome lead to an abnormally short ANKRD11 protein, which likely has little or no function. Reduction of this protein's function is thought to underlie the signs and symptoms of the condition. Because ANKRD11 is thought to play an important role in neurons and brain development, researchers speculate that a partial loss of its function may lead to developmental delay and intellectual disability in KBG syndrome. However, the mechanism is not fully known. It is also unclear how loss of ANKRD11 function leads to the skeletal features of the condition.

Learn more about the gene associated with KBG syndrome 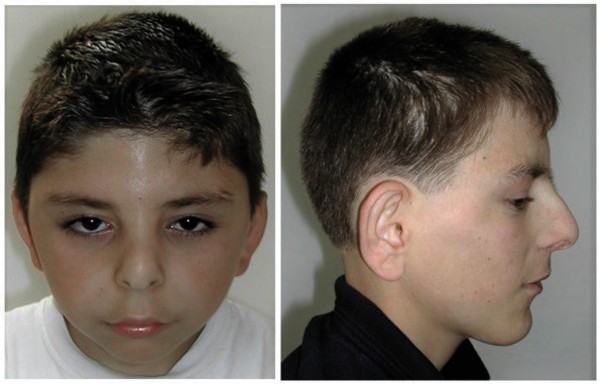