Floating-Harbor syndrome is a disorder involving short stature, slowing of the mineralization of the bones (delayed bone age), delayed speech development, and characteristic facial features. The condition is named for the hospitals where it was first described, the Boston Floating Hospital and Harbor General Hospital in Torrance, California.

in people with Floating-Harbor syndrome generally becomes apparent in the first year of life, and affected individuals are usually among the shortest 5 percent of their age group. Bone age is delayed in early childhood; for example, an affected 3-year-old child may have bones more typical of a child of 2. However, bone age is usually normal by age 6 to 12.

Delay in speech development (expressive language delay) may be severe in Floating-Harbor syndrome, and language impairment can lead to problems in verbal communication. Most affected individuals also have mild intellectual disability. Their development of motor skills, such as sitting and crawling, is similar to that of other children their age.

; a large, distinctive nose with a low-hanging separation (overhanging columella

) between large nostrils; a shortened distance between the nose and upper lip (a short philtrum); and thin lips. As affected children grow and mature, the nose becomes more prominent.

that include short fingers (brachydactyly

). Other features of Floating-Harbor syndrome can include an unusually high-pitched voice and, in males, undescended testes (cryptorchidism).

Floating-Harbor syndrome is a rare disorder; only about 50 cases have been reported in the medical literature.

Floating-Harbor syndrome is caused by mutations in the SRCAP gene. This gene provides instructions for making a protein called Snf2-related CREBBP activator protein, or SRCAP. SRCAP is one of several proteins that help activate a gene called CREBBP. The protein produced from the CREBBP gene plays a key role in regulating cell growth and division and is important for normal development.

Mutations in the SRCAP gene may result in an altered protein that interferes with normal activation of the CREBBP gene, resulting in problems in development. However, the relationship between SRCAP gene mutations and the specific signs and symptoms of Floating-Harbor syndrome is unknown. Rubinstein-Taybi syndrome, a disorder with similar features, is caused by mutations in the CREBBP gene itself.

Learn more about the gene associated with Floating-Harbor syndrome

and occur in people with no history of the disorder in their family. However, in some cases an affected person inherits the mutation from one affected parent 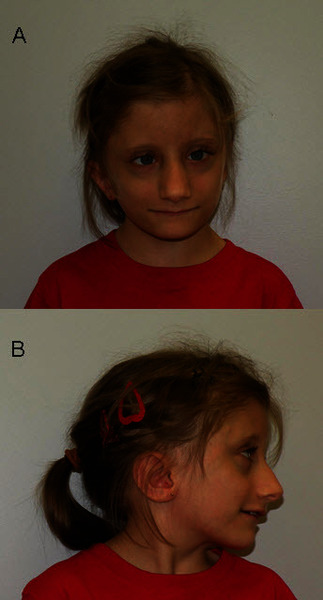