Feingold syndrome is a disorder that affects many parts of the body. There are two types of Feingold syndrome, distinguished by their genetic cause; both types have similar features that can vary among affected individuals.

Individuals with Feingold syndrome type 1 or type 2 have characteristic abnormalities of their fingers and toes. Almost all people with this condition have a specific hand abnormality called brachymesophalangy, which refers to shortening of the second and fifth fingers. Other common abnormalities include fifth fingers that curve inward (clinodactyly

) of the second and third toes or the fourth and fifth toes.

), a narrow opening of the eyelids (short palpebral fissures

People with Feingold syndrome type 1 are frequently born with a blockage in part of their digestive system called gastrointestinal atresia. In most cases, the blockage occurs in the esophagus (esophageal atresia

) or in part of the small intestine

(duodenal atresia). Individuals with type 2 do not have gastrointestinal atresias.

Feingold syndrome appears to be a rare condition, although its exact prevalence is unknown. Type 1 is more common than type 2.

Mutations in the MYCN gene cause Feingold syndrome type 1, and mutations in chromosome 13 that remove (delete) a region of the chromosome that includes the MIR17HG gene cause type 2. Both genes are involved in growth and development, particularly before birth.

The MYCN gene provides instructions for making a protein that regulates the activity (expression) of other genes. The protein attaches (binds) to specific regions of DNA and controls the first step of protein production (transcription). Studies suggest that the MYCN protein is necessary for normal development of the limbs, heart, kidneys, lungs, nervous system, and digestive system.

The MIR17HG gene provides instructions for making a set of microRNAs (miRNAs) known as the miR-17~92 cluster. MiRNAs are short pieces of RNA, a chemical cousin of DNA. These molecules control gene expression by blocking protein production. The miRNAs in the miR-17~92 cluster are involved in the development of many tissues and organs in the body.

Learn more about the genes and chromosome associated with Feingold syndrome 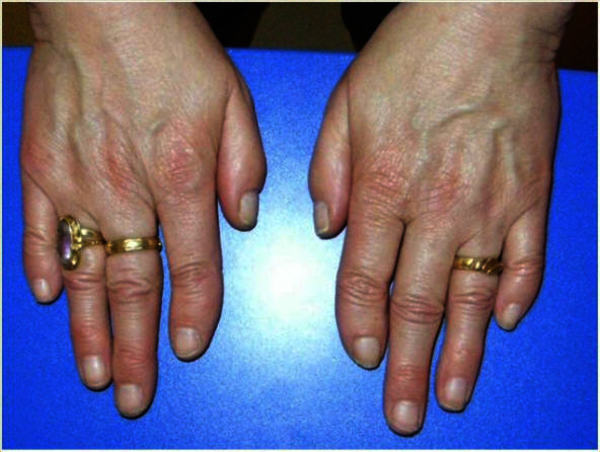