You Are Here:
Home →
Genetics →
Genetic Conditions →
Cystinosis
URL of this page: https://medlineplus.gov/genetics/condition/cystinosis/

Cystinosis is a condition characterized by accumulation of the amino acid cystine (a building block of proteins) within cells. Excess cystine damages cells and often forms crystals that can build up and cause problems in many organs and tissues. The kidneys and eyes are especially vulnerable to damage; the muscles, thyroid

may also be affected.

damage (renal Fanconi syndrome) in which certain molecules that should be reabsorbed into the bloodstream are instead eliminated in the urine. The kidney problems lead to the loss of important minerals, salts, fluids, and many other nutrients. The loss of nutrients impairs growth and may result in soft, bowed bones (hypophosphatemic rickets

), especially in the legs. The nutrient imbalances in the body lead to increased urination, thirst, dehydration, and abnormally acidic blood (acidosis). By about the age of 2, cystine crystals may be present in the clear covering of the eye (cornea

). The buildup of these crystals in the eye causes pain and an increased sensitivity to light (photophobia). Untreated children will experience complete kidney failure by about the age of 10. Other signs and symptoms that may occur in untreated people, especially after adolescence, include muscle deterioration, blindness, inability to swallow, diabetes, thyroid and nervous system problems, and an inability to father children (infertility) in affected men.

People with non-nephropathic or ocular cystinosis typically experience photophobia due to cystine crystals in the cornea, but usually do not develop kidney malfunction or most of the other signs and symptoms of cystinosis. Due to the absence of severe symptoms, the age at which this form of cystinosis is diagnosed varies widely.

Cystinosis affects approximately 1 in 100,000 to 200,000 newborns worldwide. The incidence is higher in the province of Brittany, France, where the disorder affects 1 in 26,000 individuals.

All three types of cystinosis are caused by mutations in the CTNS gene. Mutations in this gene lead to a deficiency of a transporter protein called cystinosin. Within cells, this protein normally moves cystine out of the lysosomes

, which are compartments in the cell that digest and recycle materials. When cystinosin is defective or missing, cystine accumulates and forms crystals in the lysosomes. The buildup of cystine damages cells in the kidneys

and may also affect other organs.

Learn more about the gene associated with Cystinosis 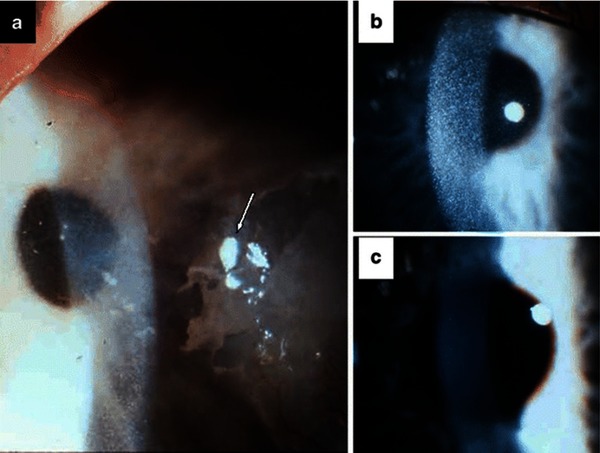