Weissenbacher-Zweymüller syndrome is a condition that affects bone growth. It is characterized by skeletal abnormalities, hearing loss, and distinctive facial features. The features of this condition significantly overlap those of two similar conditions, otospondylomegaepiphyseal dysplasia (OSMED) and Stickler syndrome type III. All of these conditions are caused by mutations in the same gene, and in some cases, it can be difficult to tell them apart. Some researchers believe they represent a single disorder with a range of signs and symptoms.

Infants born with Weissenbacher-Zweymüller syndrome are smaller than average because the bones in their arms and legs are unusually short. The thigh and upper arm bones are wider than usual at the ends (described as dumbbell-shaped), and the bones of the spine (vertebrae

eyes, a small and upturned nose with a flat bridge

, and a small lower jaw

. Some affected infants are born with an opening in the roof of the mouth (a cleft palate

Weissenbacher-Zweymüller syndrome is very rare; only a few affected families worldwide have been described in the medical literature.

Weissenbacher-Zweymüller syndrome is caused by mutations in the COL11A2 gene. This gene provides instructions for making one component of type XI collagen, which is a complex molecule that gives structure and strength to the connective tissues

that support the body's joints and organs. Type XI collagen is found in cartilage, a tough but flexible tissue that makes up much of the skeleton during early development. Most cartilage is later converted to bone, except for the cartilage that continues to cover and protect the ends of bones and is present in the nose and external ears. Type XI collagen is also part of the inner ear

and the nucleus pulposus, which is the center portion of the discs between vertebrae

At least one mutation in the COL11A2 gene can cause Weissenbacher-Zweymüller syndrome. This mutation disrupts the assembly of type XI collagen molecules. The defective collagen weakens connective tissues in many parts of the body, including the long bones, spine, and inner ears, which impairs bone development and underlies the other signs and symptoms of this condition. It is not well understood why "catch-up" bone growth occurs in childhood.

Learn more about the gene associated with Weissenbacher-Zweymüller syndrome

Most cases of this condition result from a new (de novo) mutation in the gene that occurs during the formation of reproductive cells (eggs or sperm) or in early embryonic development. These cases occur in people with no history of the disorder in their family. 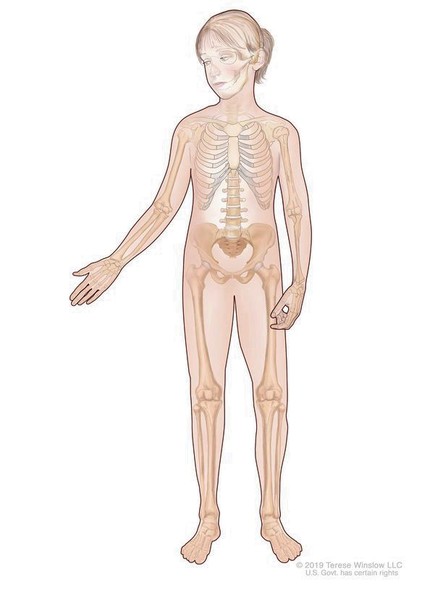