disorder that can cause worsening (progressive) vision loss. This disorder affects the retina

, the specialized light-sensitive tissue that lines the back of the eye. Specifically, vitelliform macular dystrophy disrupts cells in a small area near the center of the retina called the macula

. The macula is responsible for sharp central vision, which is needed for detailed tasks such as reading, driving, and recognizing faces.

Vitelliform macular dystrophy causes a fatty yellow pigment (called lipofuscin) to build up in cells underlying the macula. Over time, large amounts of this substance can damage cells that are critical for clear central vision. As a result, people with this disorder often lose their central vision, and their eyesight may become blurry or distorted. Vitelliform macular dystrophy typically does not affect side (peripheral) vision or the ability to see at night.

Researchers have described two forms of vitelliform macular dystrophy with similar features. The early-onset form (known as Best disease) usually appears in childhood; the age at which symptoms begin and the severity of vision loss vary widely. The adult-onset form begins later, usually in mid-adulthood, and tends to cause vision loss that worsens slowly over time. The two forms of vitelliform macular dystrophy each have characteristic changes in the macula that can be detected during an eye examination.

Vitelliform macular dystrophy is a rare disorder; its incidence is unknown.

The BEST1 gene provides instructions for making a protein called bestrophin. This protein acts as a channel that controls the movement of charged chlorine atoms (chloride ions) into or out of cells in the retina.  Variants in the BEST1 gene probably lead to the production of an abnormally shaped channel that cannot properly control the flow of chloride.  Researchers have not determined how these malfunctioning channels are related to the buildup of lipofuscin in the macula

The PRPH2 gene provides instructions for making a protein called peripherin 2. This protein is essential for the normal function of light-sensing (photoreceptor) cells in the retina

. Variants in the PRPH2 gene cause vision loss by disrupting structures in these cells that contain light-sensing pigments. It is unclear why PRPH2 variants affect only central vision in people with adult-onset vitelliform macular dystrophy.

Learn more about the genes associated with Vitelliform macular dystrophy

Best disease is inherited in an autosomal dominant pattern

, which means one copy of the altered gene in each cell is sufficient to cause the disorder. In most cases, an affected person has one parent with the condition.

The inheritance pattern of adult-onset vitelliform macular dystrophy is uncertain. Some studies have suggested that this disorder may be inherited in an autosomal dominant pattern. It is difficult to be sure, however, because many affected people have no history of the disorder in their family, and only a small number of affected families have been reported. 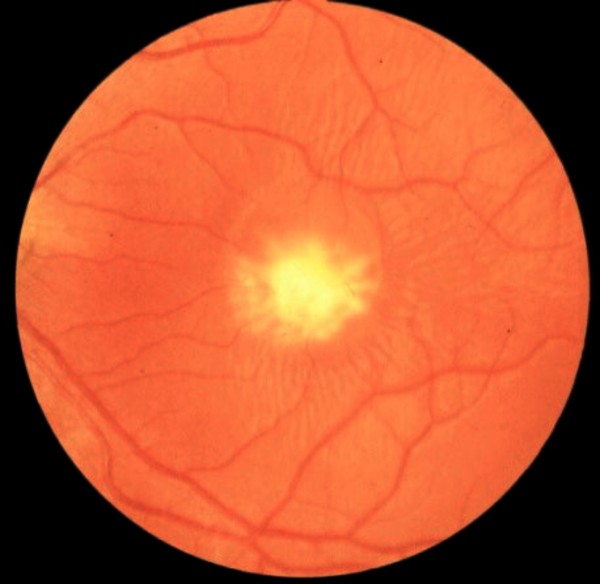