The signs and symptoms of TK2-MDS typically begin in early childhood. Development is usually normal early in life, but as muscle weakness progresses, people with TK2-MDS lose motor skills such as standing, walking, eating, and talking. Some affected individuals have increasing weakness in the muscles that control eye movement, leading to droopy eyelids (progressive external ophthalmoplegia).

Most often in TK2-MDS, the muscles are the only affected tissues; however, the liver may be enlarged (hepatomegaly), seizures can occur, and hearing loss caused by nerve damage in the inner ear

(sensorineural hearing loss) may be present. Intelligence is usually not affected.

The prevalence of TK2-MDS is unknown. Approximately 45 cases have been described.

As the condition name suggests, mutations in the TK2 gene cause TK2-MDS. The TK2 gene provides instructions for making an enzyme called thymidine kinase 2 that functions within cell structures called mitochondria

, which are found in all tissues. Mitochondria are involved in a wide variety of cellular activities, including energy production; chemical signaling; and regulation of cell growth, cell division, and cell death. Mitochondria contain their own genetic material, known as mitochondrial DNA (mtDNA), which is essential for the normal function of these structures. Thymidine kinase 2 is involved in the production and maintenance of mtDNA. Specifically, this enzyme plays a role in recycling mtDNA building blocks (nucleotides) so that errors in mtDNA sequencing can be repaired and new mtDNA molecules can be produced.

Mutations in the TK2 gene reduce the production or activity of thymidine kinase 2. A decrease in enzyme activity impairs recycling of mtDNA nucleotides, causing a shortage of nucleotides available for the repair and production of mtDNA molecules. A reduction in the amount of mtDNA (known as mtDNA depletion) impairs mitochondrial function. Greater mtDNA depletion tends to cause more severe signs and symptoms. The muscle cells of people with TK2-MDS have very low amounts of mtDNA, ranging from 5 to 30 percent of normal. Other tissues can have 60 percent of normal to normal amounts of mtDNA.

It is unclear why TK2 gene mutations typically affect only muscle tissue, but the high energy demands of muscle cells may make them the most susceptible to cell death when mtDNA is lost and less energy is produced in cells. The brain and the liver also have high energy demands, which may explain why these organs are affected in severe cases of TK2-MDS. 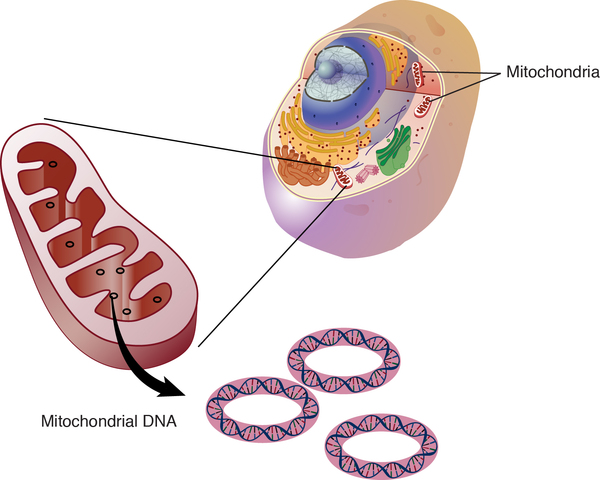