Short stature, hyperextensibility, hernia, ocular depression, Rieger anomaly, and teething delay, commonly known by the acronym SHORT syndrome, is a rare disorder that affects many parts of the body.

Most people with SHORT syndrome are small at birth and gain weight slowly in childhood. Affected adults tend to have short stature compared with others in their family. Many have a lack of fatty tissue under the skin (lipoatrophy), primarily in the face, arms, and chest. This lack of fat, together with thin, wrinkled skin and veins visible beneath the skin, makes affected individuals look older than their biological age. This appearance of premature aging is sometimes described as progeroid.

Most people with SHORT syndrome have distinctive facial features. These include a triangular face shape with a prominent forehead and deep-set eyes (ocular depression), thin nostrils, a downturned mouth, and a small chin. Eye abnormalities are common in affected individuals, particularly Rieger anomaly, which affects structures at the front of the eye. Rieger anomaly can be associated with increased pressure in the eye (glaucoma

) and vision loss. Some people with SHORT syndrome also have dental abnormalities such as delayed appearance (eruption) of teeth in early childhood, small teeth, fewer teeth than normal (hypodontia), and a lack of protective covering (enamel) on the surface of the teeth.

Other signs and symptoms that have been reported in people with SHORT syndrome include immune system abnormalities, a kidney disorder known as nephrocalcinosis, hearing loss, loose (hyperextensible

) joints, and a soft out-pouching in the lower abdomen called an inguinal hernia

. A few affected individuals have developed problems with blood sugar regulation including insulin resistance and diabetes. Most people with SHORT syndrome have normal intelligence, although a few have been reported with mild cognitive impairment or delayed development of speech in childhood.

SHORT syndrome is a rare condition; its prevalence is unknown. Only a few affected individuals and families have been reported worldwide.

SHORT syndrome results from mutations in the PIK3R1 gene. This gene provides instructions for making one part (subunit) of an enzyme called PI3K, which plays a role in chemical signaling within cells. PI3K signaling is important for many cell activities, including cell growth and division, movement (migration) of cells, production of new proteins, transport of materials within cells, and cell survival. Studies suggest that PI3K signaling may be involved in the regulation of several hormones, including insulin

. PI3K signaling may also play a role in the maturation of fat cells (adipocytes).

Mutations in the PIK3R1 gene alter the structure of the subunit, which reduces the ability of PI3K to participate in cell signaling. Researchers are working to determine how these changes lead to the specific features of SHORT syndrome. PI3K's role in insulin activity may be related to the development of insulin resistance and diabetes, and problems with adipocyte maturation might contribute to lipoatrophy in affected individuals. It is unclear how reduced PI3K signaling is associated with the other features of the condition.

SHORT syndrome has an autosomal dominant pattern of inheritance, which means one copy of the altered PIK3R1 gene in each cell is sufficient to cause the disorder. In most cases, the condition results from a new mutation in the gene

and occurs in people with no history of the disorder in their family. In other cases, an affected person inherits the mutation from one affected parent 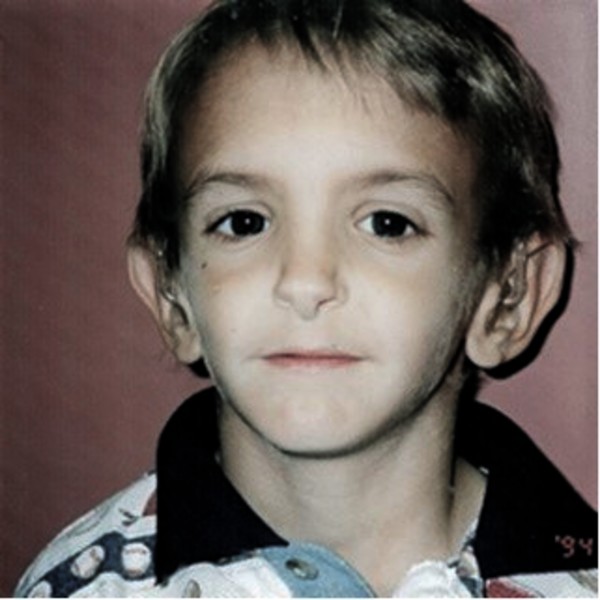