Rabson-Mendenhall syndrome is a rare disorder characterized by severe insulin resistance, a condition in which the body's tissues and organs do not respond properly to the hormone insulin. Insulin normally helps regulate blood sugar levels by controlling how much sugar (in the form of glucose) is passed from the bloodstream into cells

to be used as energy. In people with Rabson-Mendenhall syndrome, insulin resistance impairs blood sugar regulation and ultimately leads to a condition called diabetes mellitus, in which blood sugar levels can become dangerously high.

Severe insulin resistance in people with Rabson-Mendenhall syndrome affects the development of many parts of the body. Affected individuals are unusually small starting before birth, and infants experience failure to thrive, which means they do not grow and gain weight at the expected rate. Additional features of the condition that become apparent early in life include a lack of fatty tissue under the skin (subcutaneous fat); wasting (atrophy) of muscles; dental abnormalities; excessive body hair growth (hirsutism); multiple cysts on the ovaries

in females; and enlargement of the nipples, genitalia, kidneys, heart, and other organs. Most affected individuals also have a skin condition called acanthosis nigricans, in which the skin in body folds and creases becomes thick, dark, and velvety. Distinctive facial features in people with Rabson-Mendenhall syndrome include prominent, widely spaced eyes

Rabson-Mendenhall syndrome is estimated to affect less than 1 per million people worldwide. Several dozen cases have been reported in the medical literature.

Rabson-Mendenhall syndrome results from mutations in the INSR gene. This gene provides instructions for making a protein called an insulin receptor, which is found in many types of cells. Insulin receptors are embedded in the outer membrane surrounding the cell, where they attach (bind) to insulin circulating in the bloodstream. This binding triggers signaling pathways

that influence many cell functions.

The INSR gene mutations that cause Rabson-Mendenhall syndrome reduce the number of insulin receptors that reach the cell membrane or diminish the function of these receptors. Although insulin is present in the bloodstream, without enough functional receptors it is less able to exert its effects on cells and tissues. This severe resistance to the effects of insulin impairs blood sugar regulation and affects many aspects of development in people with Rabson-Mendenhall syndrome.

Learn more about the gene associated with Rabson-Mendenhall syndrome 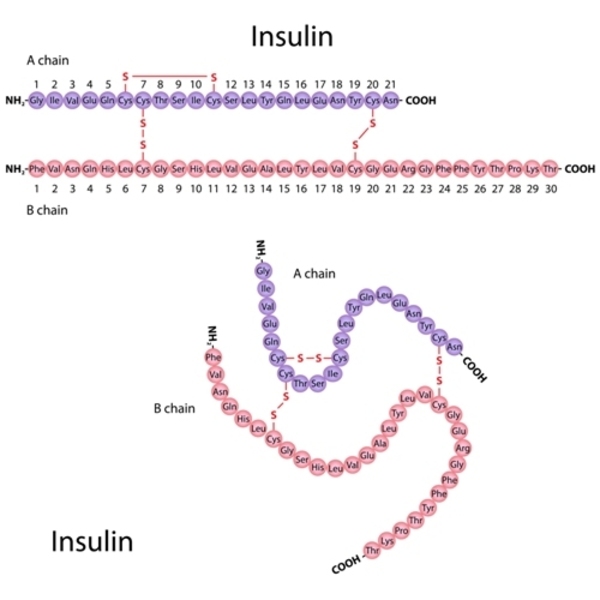