Characteristic facial features in people with prolidase deficiency include prominent eyes that are widely spaced (hypertelorism), a high forehead, a flat bridge of the nose, and a very small lower jaw and chin (micrognathia). Affected children may experience delayed development, and about 75 percent of people with prolidase deficiency have intellectual disability that may range from mild to severe.

People with prolidase deficiency often develop skin lesions, especially on their hands, feet, lower legs, and face. The severity of the skin involvement, which usually begins during childhood, may range from a mild rash to severe skin ulcers. Skin ulcers

, especially on the legs, may not heal completely, resulting in complications including infection and amputation.

The severity of symptoms in prolidase deficiency varies greatly among affected individuals. Some people with this disorder do not have any symptoms. In these individuals the condition can be detected by laboratory tests such as newborn screening tests or tests offered to relatives of affected individuals.

Prolidase deficiency is a rare disorder. Approximately 70 individuals with this disorder have been documented in the medical literature, and researchers have estimated that the condition occurs in approximately 1 in 1 million to 1 in 2 million newborns. It is more common in certain areas in northern Israel, both among members of a religious minority called the Druze and in nearby Arab Moslem populations.

). Specifically, prolidase divides dipeptides containing the amino acids proline or hydroxyproline. By freeing these amino acids, prolidase helps make them available for use in producing proteins that the body needs.

Prolidase is also involved in the final step of the breakdown of some proteins obtained through the diet and proteins that are no longer needed in the body. Prolidase is particularly important in the breakdown of collagens, a family of proteins that are rich in proline and hydroxyproline. Collagens are an important part of the extracellular matrix, which is the lattice of proteins and other molecules outside the cell. The extracellular matrix strengthens and supports connective tissues

, such as skin, bone, cartilage, tendons, and ligaments. Collagen breakdown occurs during the maintenance (remodeling) of the extracellular matrix.

Learn more about the gene associated with Prolidase deficiency 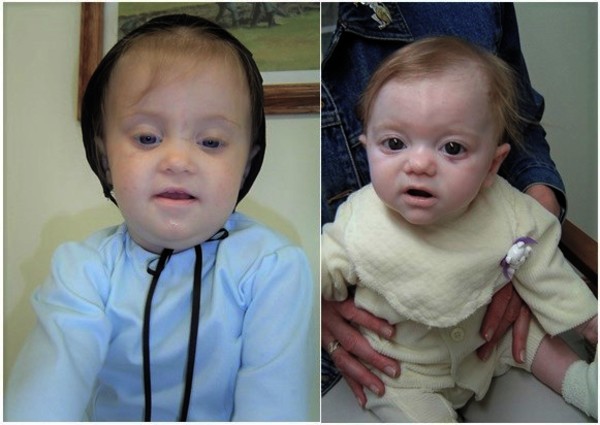