Progressive pseudorheumatoid dysplasia (PPRD) is a joint disease that worsens over time. This condition is characterized by breakdown (degeneration) of the cartilage between bones (articular cartilage). This cartilage covers and protects the ends of bones, and its degeneration leads to pain and stiffness in the joints and other features of PPRD.

PPRD usually begins in childhood, between ages 3 and 8. The first indications are usually an abnormal walking pattern, weakness and fatigue when active, and stiffness in the joints in the fingers and in the knees. Other signs and symptoms that develop over time include permanently bent fingers (camptodactyly), enlarged finger and knee joints (often mistaken as swelling), and a reduced amount of space between the bones at the hip and knee joints. Hip pain is a common problem by adolescence. Affected individuals have flattened bones in the spine (platyspondyly) that are abnormally shaped (beaked), which leads to an abnormal front-to-back curvature of the spine (kyphosis

) and a short torso. At birth, people with PPRD are of normal length, but by adulthood, they are usually shorter than their peers. Affected adults also have abnormal deposits of calcium around the elbow, knee, and hip joints and limited movement in all joints, including those of the spine.

PPRD has been estimated to occur in approximately 1 per million people in the United Kingdom. The condition is thought to be more common in Turkey and the Middle East, although its prevalence in these regions is unknown. The condition in all regions is likely underdiagnosed because it is often misdiagnosed as juvenile rheumatoid arthritis.

PPRD is caused by mutations in the CCN6 gene. The function of the protein produced from this gene is not well understood, although it is thought to play a role in bone growth and cartilage maintenance. The CCN6 protein is made in cells called chondrocytes, which produce and maintain cartilage. This protein is associated with the production of certain proteins that make up cartilage, but its role in their production is unclear. CCN6 may also help control signaling pathways involved in the development of cartilage and bone and may help regulate the breakdown of cartilage components.

CCN6 gene mutations lead to an altered protein that may not function. Loss of CCN6 protein function likely disrupts normal cartilage maintenance and bone growth, leading to the cartilage degeneration and joint problems that occur in PPRD.

Learn more about the gene associated with Progressive pseudorheumatoid dysplasia 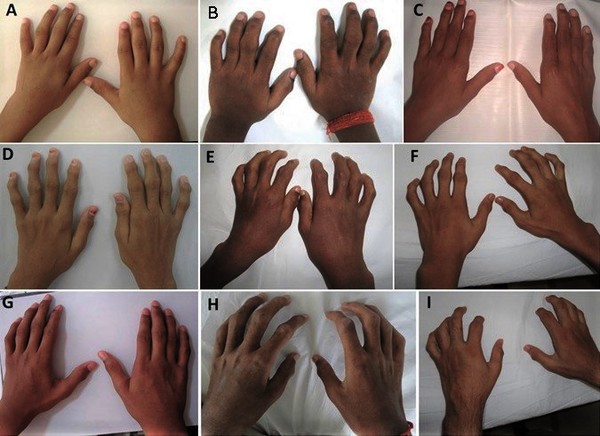