Multicentric osteolysis, nodulosis, and arthropathy (MONA) describes a rare inherited disease characterized by a loss of bone tissue (osteolysis), particularly in the hands and feet

. MONA includes a condition formerly called nodulosis-arthropathy-osteolysis (NAO) syndrome. It may also include a similar disorder called Torg syndrome, although it is unknown whether Torg syndrome is actually part of MONA or a separate disorder caused by a mutation in a different gene.

In most cases of MONA, bone loss begins in the hands and feet, causing pain and limiting movement. Bone abnormalities can later spread to other areas of the body, with joint problems (arthropathy) occurring in the elbows, shoulders, knees, hips, and spine. Most people with MONA develop low bone mineral density (osteopenia) and thinning of the bones (osteoporosis

Many affected individuals develop subcutaneous nodules, which are firm lumps of noncancerous tissue underneath the skin, especially on the soles of the feet. Some affected individuals also have skin abnormalities including patches of dark, thick, and leathery skin. Other features of MONA can include clouding of the clear front covering of the eye

, heart abnormalities, and distinctive facial features that are described as "coarse."

MONA is rare; its prevalence is unknown. This condition has been reported in multiple populations worldwide.

MONA results from mutations in the MMP2 gene. This gene provides instructions for making an enzyme called matrix metallopeptidase 2, whose primary function is to cut (cleave) a protein called type IV collagen. Type IV collagen is a major structural component of basement membranes, which are thin, sheet-like structures that separate and support cells in many tissues. The activity of matrix metallopeptidase 2 appears to be important for a variety of body functions, including bone remodeling, which is a normal process in which old bone is broken down and new bone is created to replace it.

The MMP2 gene mutations that cause MONA completely eliminate the activity of the matrix metallopeptidase 2 enzyme, preventing the normal cleavage of type IV collagen. It is unclear how a loss of enzyme activity leads to the specific features of MONA. Researchers suspect that it somehow disrupts the balance of new bone creation and the breakdown of existing bone during bone remodeling, resulting in a progressive loss of bone tissue. How a shortage of matrix metallopeptidase 2 leads to the other features of MONA, such as subcutaneous nodules and skin abnormalities, is unknown.

Learn more about the gene associated with Multicentric osteolysis, nodulosis, and arthropathy 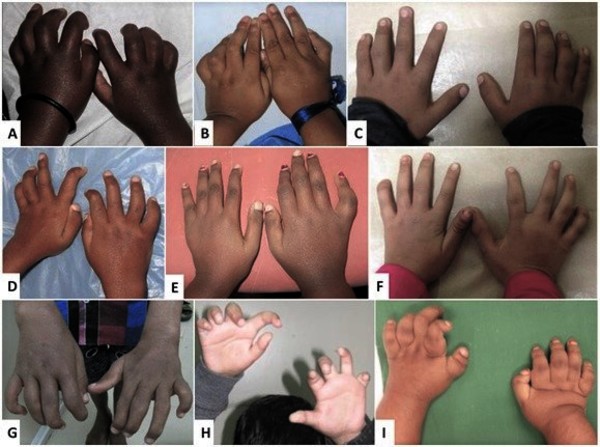