Mucopolysaccharidosis type III (MPS III), also known as Sanfilippo syndrome, is a progressive disorder that primarily affects the brain and spinal cord (central nervous system). It is characterized by deterioration of neurological function (neurodegeneration), resulting in many of the features of the condition. Other body systems can also be involved, although the physical features are usually mild in the early stages.

People with MPS III generally do not display any features of the condition at birth, but they begin to show signs and symptoms of the disorder during early childhood

. Affected children often initially have delayed speech and behavior problems. They may become restless, destructive, anxious, or aggressive, and some display features of autism spectrum disorder, which is a condition characterized by difficulty with social interactions and communication. Sleep disturbances are also very common in children with MPS III. This condition causes progressive intellectual disability and the loss of previously acquired skills (developmental regression). In later stages of the disorder, people with MPS III may develop seizures and movement disorders.

The physical features of MPS III are less pronounced than those of other types of mucopolysaccharidosis. Individuals with MPS III typically have mildly "coarse" facial features

), a slightly enlarged liver (mild hepatomegaly), and a soft out-pouching around the belly-button (umbilical hernia

may also have hearing loss and vision problems.

MPS III is divided into types IIIA, IIIB, IIIC, and IIID, which are distinguished by their genetic cause. The different types of MPS III have similar signs and symptoms, although the features of MPS IIIA typically appear earlier in life and progress more rapidly. People with MPS III usually live into adolescence or early adulthood.

MPS III is the most common form of mucopolysaccharidosis; the estimated incidence of all four types combined is 1 in 70,000 newborns. MPS IIIA and MPS IIIB are much more common than MPS IIIC and MPS IIID.

Mutations in the GNS, HGSNAT, NAGLU, and SGSH genes cause MPS III. These genes provide instructions for making enzymes involved in the breakdown of large sugar molecules called glycosaminoglycans (GAGs). GAGs were originally called mucopolysaccharides, which is where this condition gets its name. The GNS, HGSNAT, NAGLU, and SGSH enzymes are involved in the step-wise breakdown of a subset of GAGs called heparan sulfate.

. Lysosomes are compartments in the cell that digest and recycle different types of molecules. Conditions such as MPS III that cause molecules to build up inside the lysosomes are called lysosomal storage disorders. Researchers believe that the accumulation of GAGs interferes with the functions of other proteins inside the lysosomes and disrupts the normal functions of cells. It is unknown why the buildup of heparan sulfate mostly affects the central nervous system in MPS III.

Learn more about the genes associated with Mucopolysaccharidosis type III 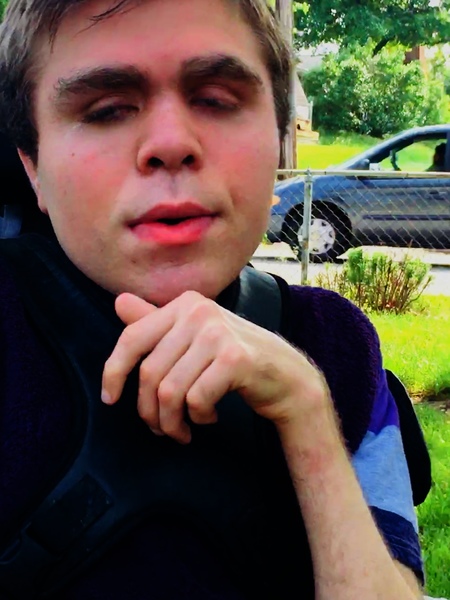