. The lymphatic system consists of a network of vessels that transport lymphatic fluid and immune cells throughout the body. Meige disease is characterized by the abnormal transport of lymphatic fluid. When this fluid builds up abnormally, it causes swelling (lymphedema) in the lower limbs.

Meige disease is classified as a primary lymphedema, which means it is a form of lymphedema that is not caused by other health conditions. In Meige disease, the lymphatic system abnormalities are present from birth (congenital), although the swelling is not usually apparent until puberty. The swelling often begins in the feet and ankles and progresses up the legs to the knees. Some affected individuals develop non-contagious skin infections called cellulitis or erysipelas in the legs, which can further damage the vessels that carry lymphatic fluid.

For unknown reasons, this condition affects females about three times as often as males.

The cause of Meige disease is unknown. The condition is thought to be genetic because it tends to run in families, and other forms of primary lymphedema have been found to have a genetic cause. Researchers have studied many genes associated with the lymphatic system; however, no genetic change has been definitively found to cause the signs and symptoms of Meige disease.

People with Meige disease usually have at least one other affected family member. In most cases, an affected person has one parent with the condition

. When the condition occurs in only one person in a family

, the condition is described as Meige-like disease. 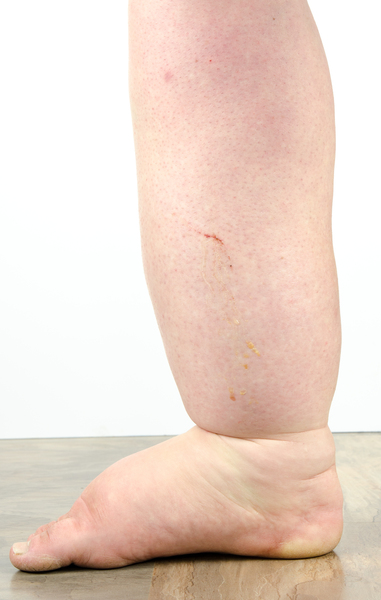