(vertebrae). The protrusions are most common and typically larger in the lower spine.

The meningoceles associated with this disorder may damage the nerves that spread from the spine to the rest of the body. Damage to the nerves that control bladder function, a condition called neurogenic bladder, causes affected individuals to have progressive difficulty controlling the flow of urine. Prickling or tingling sensations (paresthesias), progressive stiffness and weakness in the legs (paraparesis), and back pain can also occur. Delayed development of motor skills in infancy, such as sitting and crawling, often occurs in this disorder; intelligence is usually unaffected.

) joints that can lead to dislocations, and protrusion of organs through gaps in muscles (hernias

). Spinal abnormalities are also common, including side-to-side curvature of the spine (scoliosis

) of two or more vertebrae, and vertebrae that are unusually shaped (scalloped).

), outside corners of the eyes that point downward (downslanting palpebral fissures), and droopy eyelids (ptosis

). Affected individuals may have a flat appearance of the middle of the face and cheekbones (midface and malar hypoplasia); low-set ears; a long area between the nose and mouth (long philtrum

; a high, narrow roof of the mouth

, occasionally with an abnormal opening (a cleft palate

); a small jaw (micrognathia); coarse hair; and a low hairline at the back of the neck

Other signs and symptoms that can occur in lateral meningocele syndrome include a high and nasal voice, hearing loss, abnormalities of the heart or the genitourinary system, poor feeding, difficulty swallowing (dysphagia), and backflow of stomach acids into the esophagus (called gastroesophageal reflux

Lateral meningocele syndrome is a very rare disorder. Only a small number of cases have been described in the medical literature.

Lateral meningocele syndrome is caused by mutations in the NOTCH3 gene. This gene provides instructions for making a protein with one end (the intracellular end) that remains inside the cell, a middle (transmembrane) section that spans the cell membrane, and another end (the extracellular end) that projects from the outer surface of the cell. The NOTCH3 protein is called a receptor protein because certain other proteins, called ligands, attach (bind) to the extracellular end of NOTCH3, fitting like a key into a lock. This binding causes detachment of the intracellular end of the NOTCH3 protein, called the NOTCH3 intracellular domain, or NICD. The NICD enters the cell nucleus and helps control the activity (transcription) of other genes.

The NOTCH3 gene mutations that cause lateral meningocele syndrome occur at the end of the gene in a region known as exon 33. These gene mutations result in a NOTCH3 protein with an abnormally short (truncated) NICD. The shortened protein is missing the portion that normally causes the breakdown of the NICD after it has performed its function in the cell nucleus and is no longer needed. As a result, the presence of the NICD in the cell is prolonged, and the protein continues to affect the activity of other genes. However, the result of this prolonged NICD activity and its connection to the specific features of lateral meningocele syndrome are not well understood.

Learn more about the gene associated with Lateral meningocele syndrome

This condition is inherited in an autosomal dominant pattern, which means one copy of the altered gene in each cell is sufficient to cause the disorder. Most cases result from new mutations in the gene

and occur in people with no history of the disorder in their family. Occasionally, an affected person inherits the mutation from one affected parent 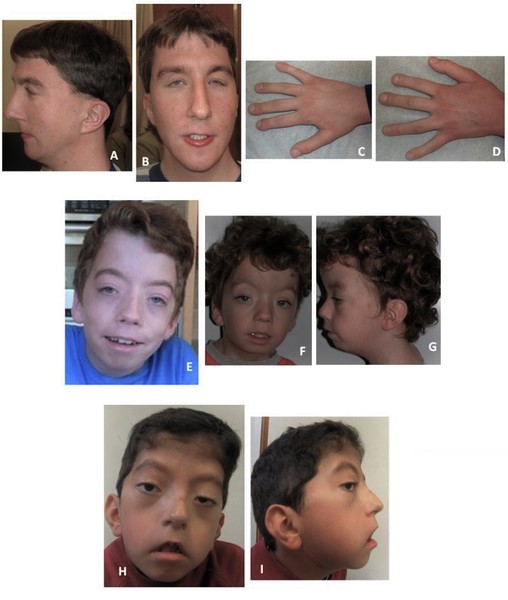