Larsen syndrome is a disorder that affects the development of bones throughout the body. The signs and symptoms of Larsen syndrome vary widely even within the same family. Affected individuals are usually born with dislocations of the hips, knees, or elbows. Foot abnormalities

, such as inward- and upward-turning feet (clubfeet

), are also common. Affected individuals generally have small extra bones in their wrists and ankles that are visible on x-ray images. The tips of their fingers, especially the thumbs

, are typically blunt and square-shaped (spatulate).

). Affected individuals may also have hearing loss caused by malformations in tiny bones in the ears (ossicles

Short stature is a common feature of Larsen syndrome. In addition, people with the condition may have an unusually large range of joint movement (hypermobility) or joint deformities (contractures

) that restrict movement. People with Larsen syndrome can also have abnormal curvature of the spine

(kyphosis or scoliosis) that can impair breathing or compress the spinal cord and lead to weakness of the limbs. Some affected individuals experience respiratory problems, such as partial closing of the airways, short pauses in breathing (apnea), and frequent respiratory infections. Heart and kidney problems can also occur in people with Larsen syndrome. People with this condition can survive into adulthood. Their intellectual function is usually unaffected.

Larsen syndrome occurs in approximately 1 in 100,000 newborns. However, some doctors think the condition is more common and is misdiagnosed as other conditions with similar features.

Mutations in the FLNB gene cause Larsen syndrome. The FLNB gene provides instructions for making a protein called filamin B. This protein helps build the network of protein filaments (cytoskeleton

) that gives structure to cells and allows them to change shape and move. Filamin B attaches (binds) to another protein called actin

and helps the actin form the branching network of filaments that makes up the cytoskeleton. It also links actin to many other proteins to perform various functions within the cell, including the cell signaling that helps determine how the cytoskeleton will change as tissues grow and take shape during development.

Filamin B is especially important in the development of the skeleton before birth. It is active (expressed) in the cell membranes of cartilage-forming cells (chondrocytes). Cartilage is a tough, flexible tissue that makes up much of the skeleton during early development. Most cartilage is later converted to bone (a process called ossification), except for the cartilage that continues to cover and protect the ends of bones and is present in the nose, airways (trachea and bronchi), and external ears. Filamin B appears to be important for normal cell growth and division (proliferation), for maturation (differentiation) of chondrocytes, and for the ossification of cartilage.

FLNB gene mutations that cause Larsen syndrome change single protein building blocks (amino acids) in the filamin B protein or delete a small section of the protein sequence, resulting in an abnormal protein. This abnormal protein appears to have a new, atypical function that interferes with the proliferation or differentiation of chondrocytes, impairing ossification and leading to the signs and symptoms of Larsen syndrome.

Learn more about the gene associated with Larsen syndrome

This condition is inherited in an autosomal dominant pattern, which means one copy of the altered gene in each cell is sufficient to cause the disorder. In some cases, an affected person inherits the mutation from one affected parent

of Larsen syndrome has been reported in a small number of families. Autosomal recessive means both copies of the gene in each cell have mutations. The parents of an individual with an autosomal recessive condition each carry one copy of the mutated gene, but they typically do not show signs and symptoms of the condition. In some of these cases, the appearance of autosomal recessive inheritance may actually result from multiple siblings in a family each inheriting a single altered gene from an unaffected parent who has an FLNB mutation only in some or all of their sperm or egg cells. When a mutation is present only in reproductive cells, it is known as germline mosaicism.

A few rarer conditions with overlapping signs and symptoms and autosomal recessive inheritance have sometimes been diagnosed as Larsen syndrome, but they are now generally considered to be different disorders because they are typically more severe and are not caused by FLNB gene mutations. 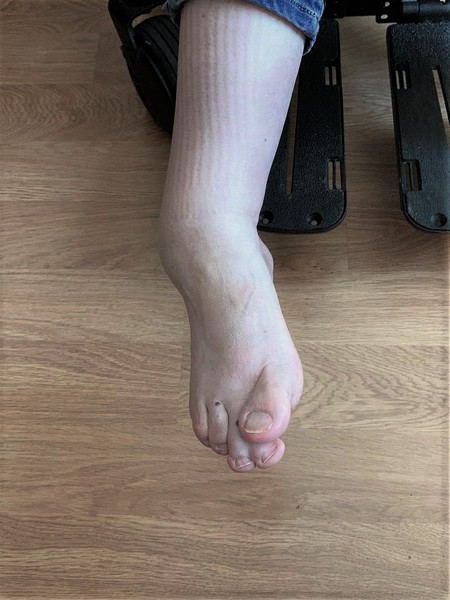