Kallmann syndrome is a condition characterized by delayed or absent puberty and an impaired sense of smell.

This disorder is a form of hypogonadotropic hypogonadism, which is a condition resulting from a lack of production of certain hormones that direct sexual development. These hormones are normally made in a part of the brain called the hypothalamus. Males born with hypogonadotropic hypogonadism often have an unusually small penis (micropenis) and undescended testes (cryptorchidism). At puberty, most affected individuals do not develop secondary sex characteristics, such as the growth of facial hair and deepening of the voice in males, the start of monthly periods (menstruation) and breast development in females, and a growth spurt in both sexes. Without treatment, most affected men and women are unable to have biological children (infertile).

Kallmann syndrome can have a wide variety of additional signs and symptoms. These include a failure of one kidney to develop (unilateral renal agenesis), abnormalities of bones in the fingers or toes, a cleft lip

), abnormal eye movements, hearing loss, and abnormalities of tooth development. Some affected individuals have a feature called bimanual synkinesis, in which the movements of one hand are mirrored by the other hand. Bimanual synkinesis can make it difficult to do tasks that require the hands to move separately, such as playing a musical instrument.

Kallmann syndrome occurs more often in males than in females, with an estimated prevalence of 1 in 30,000 males and 1 in 120,000 females.

Changes in more than 20 genes have been associated with Kallmann syndrome. Among the most common causes of the condition are mutations in the ANOS1, CHD7, FGF8, FGFR1, PROK2, or PROKR2 gene. In some cases, affected individuals have mutations in more than one of these genes. Additionally, researchers have identified mutations in other genes that may contribute to the development and features of Kallmann syndrome, but are unlikely to cause the disease on their own.

The genes associated with Kallmann syndrome play roles in the development of certain areas of the brain before birth. Although some of their specific functions are unclear, these genes appear to be involved in the formation and movement (migration) of a group of nerve cells that are specialized to process the sense of smell (olfactory neurons). These nerve cells originate in the developing nose and then migrate together to a structure in the front of the brain called the olfactory bulb, which is critical for the perception of odors. Studies suggest that the genes associated with Kallmann syndrome are also involved in the migration of neurons that produce a hormone called gonadotropin-releasing hormone (GnRH). Like olfactory neurons, GnRH-producing neurons migrate from the developing nose to the front of the brain. GnRH controls the production of several hormones that direct sexual development before birth and during puberty. These hormones are important for the normal function of the ovaries in women and testes in men.

Studies suggest that mutations in genes associated with Kallmann syndrome disrupt the migration of olfactory nerve cells and GnRH-producing nerve cells in the developing brain. If olfactory nerve cells do not extend to the olfactory bulb, a person's sense of smell will be impaired or absent. Misplacement of GnRH-producing neurons in the brain prevents the production of other sex hormones, which interferes with normal sexual development and causes the characteristic features of hypogonadotropic hypogonadism. It is unclear how gene mutations lead to the other signs and symptoms that can occur in Kallmann syndrome. Because the features of this condition vary among individuals, additional genetic and environmental factors likely contribute to this disease.

Together, mutations in known genes account for about 30 percent of all cases of Kallmann syndrome. In cases without a mutation in one of the identified genes, the cause of the condition is unknown. Researchers are looking for additional genetic changes that can cause this disorder.

Learn more about the genes associated with Kallmann syndrome

When Kallmann syndrome is caused by ANOS1 gene mutations, the condition has an X-linked recessive pattern

of inheritance. The ANOS1 gene is located on the X chromosome, which is one of the two sex chromosomes

. In males (who have only one X chromosome), one altered copy of the gene in each cell is sufficient to cause the condition. In females (who have two X chromosomes), a mutation would have to be present in both copies of the gene to cause the disorder. No females with two ANOS1 gene mutations have been reported in the medical literature. A characteristic of X-linked inheritance is that fathers cannot pass X-linked traits to their sons.

When Kallmann syndrome results from mutations in other genes, it often has an autosomal dominant pattern of inheritance, which means one copy of an altered gene in each cell is sufficient to cause the disorder. In some cases, an affected person inherits the mutation from an affected mother or father 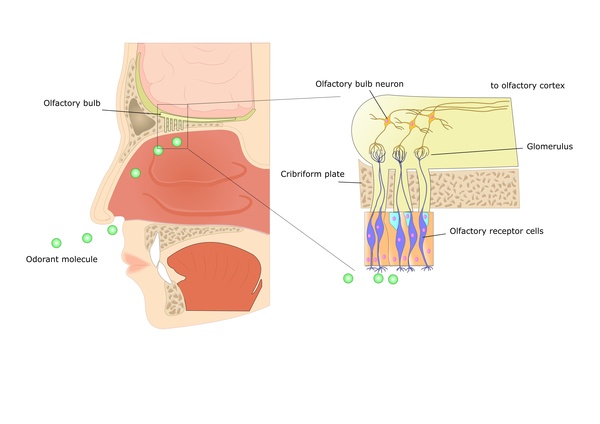