Hereditary leiomyomatosis and renal cell cancer (HLRCC) is a disorder in which affected individuals tend to develop benign tumors containing smooth muscle tissue (leiomyomas) in the skin and, in females, the uterus

. This condition also increases the risk of kidney cancer.

, growths on the skin (cutaneous leiomyomas) typically develop in the third decade of life. Most of these growths arise from the tiny muscles around the hair follicles

that can be felt upon physical examination. Some people with renal cell cancer have no symptoms until the disease is advanced. People with HLRCC are commonly diagnosed with kidney cancer in their forties.

HLRCC is a rare condition that has been reported in approximately 300 families worldwide. Researchers suggest that it may be underdiagnosed.

Mutations in the FH gene cause HLRCC. The FH gene provides instructions for making an enzyme called fumarase (also known as fumarate hydratase). This enzyme participates in an important series of reactions known as the citric acid cycle or Krebs cycle, which allows cells to use oxygen and generate energy. Specifically, fumarase helps convert a molecule called fumarate to a molecule called malate.

FH gene mutations may interfere with the enzyme's role in the citric acid cycle, resulting in a buildup of fumarate. Researchers believe that the excess fumarate may interfere with the regulation of oxygen levels in the cell. Chronic oxygen deficiency (hypoxia) in cells with two mutated copies of the FH gene may encourage tumor formation and result in the tendency to develop leiomyomas and renal cell cancer.

Children born with two mutated copies of the FH gene in each cell have a different condition called fumarase deficiency, which is often fatal in infancy. These individuals inherit one mutated copy of the gene from each parent. People with HLRCC can contribute one mutated copy of the gene to a child and are potential carriers of fumarase deficiency, but they do not have signs or symptoms of that condition. 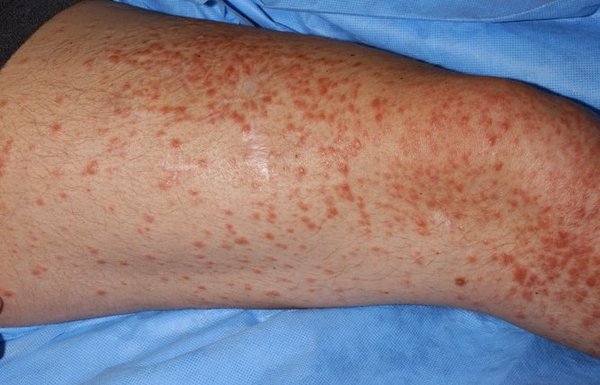