(which are the muscles used for movement) and connective tissue (which provides strength and flexibility to the skin, joints, and other structures throughout the body). Most affected individuals have muscle weakness and joint deformities called contractures that restrict movement of the affected joints and worsen over time. Researchers have described several forms of collagen VI-related dystrophy, which range in severity: Bethlem muscular dystrophy is the mildest, an intermediate form is moderate in severity, and Ullrich congenital muscular dystrophy is the most severe.

People with Bethlem muscular dystrophy usually have low muscle tone (hypotonia) in infancy. Muscle weakness can begin at any age but often appears in childhood to early adulthood. The muscle weakness is slowly progressive, with about two-thirds of affected individuals over age 50 needing walking assistance, particularly when outdoors. Affected individuals usually develop contractures by adulthood, typically in their fingers, elbows, shoulders, and ankles. Older individuals may develop weakness in respiratory muscles, which can cause breathing problems. Some people with this mild form of collagen VI-related dystrophy have skin abnormalities, including small bumps called follicular hyperkeratosis on the arms and legs; soft, velvety skin on the palms of the hands and soles of the feet; and abnormal wound healing that creates shallow scars.

The intermediate form of collagen VI-related dystrophy is characterized by muscle weakness that begins in infancy. Affected children are able to walk, although walking becomes increasingly difficult starting in early adulthood. They develop contractures in their fingers, elbows, shoulders, and ankles in childhood. In some affected people, the respiratory muscles are weakened, requiring people to use a machine to help them breathe (mechanical ventilation), particularly during sleep.

Individuals with collagen VI-related dystrophy often have signs and symptoms of multiple forms of this condition, so it can be difficult to assign a specific diagnosis. The overlap in disease features, in addition to their common cause, is why these once separate conditions are now considered part of the same disease spectrum.

Variants in the COL6A1, COL6A2, and COL6A3 genes result in a decrease or lack of type VI collagen or the production of abnormal type VI collagen. While it is difficult to predict which type of variant will lead to which form of collagen VI-related dystrophy, in general, lower amounts of type VI collagen lead to more severe signs and symptoms that begin earlier in life.

Changes in type VI collagen structure or production lead to an unstable extracellular matrix that is no longer attached to cells. As a result, the stability of the surrounding muscle cells and connective tissue progressively declines, which leads to the muscle weakness, contractures, and other signs and symptoms of collagen VI-related dystrophy.

Learn more about the genes associated with Collagen VI-related dystrophy

Collagen VI-related dystrophy is often inherited in an autosomal dominant pattern, which means one copy of the altered gene in each cell is sufficient to cause the disorder. Bethlem muscular dystrophy is typically inherited in an autosomal dominant manner. The affected person usually inherits the variant from one affected parent

, which means both copies of the gene in each cell have variants. Some cases of Ullrich congenital muscular dystrophy and the intermediate form and a few rare instances of Bethlem muscular dystrophy are inherited in an autosomal recessive manner. The parents of an individual with an autosomal recessive condition each carry one copy of the altered gene, but they typically do not show signs and symptoms of the condition. 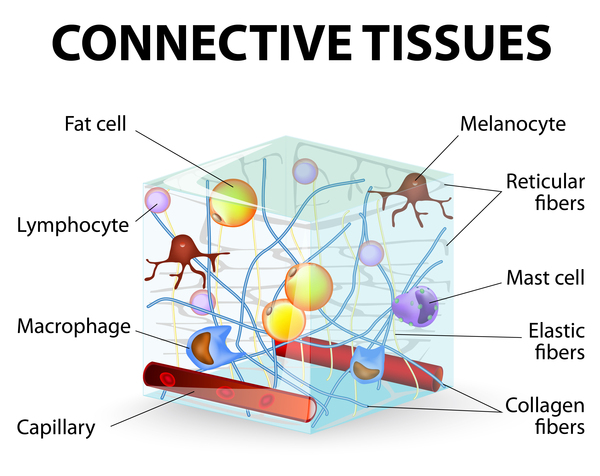