Chronic myeloid leukemia usually begins after age 60. Common features include excessive tiredness (fatigue), fever, and weight loss. Many affected individuals develop an enlarged spleen (splenomegaly), which can cause a feeling of fullness in the abdomen and a loss of appetite. About half of people with chronic myeloid leukemia do not initially have any signs and symptoms and are diagnosed when a blood test is performed for another reason.

The condition consists of three phases: the chronic phase, the accelerated phase, and the blast phase (or blast crisis). In the chronic phase, the number of mature white blood cells is elevated, and myeloblasts account for less than 10 percent of blood cells. Signs and symptoms of the condition during this phase are typically mild or absent and worsen slowly. The chronic phase can last from months to years. In the accelerated phase, the number of myeloblasts is slightly higher, making up 10 to 29 percent of blood cells. The signs and symptoms continue to worsen. The accelerated phase usually lasts 4 to 6 months, although it is skipped in some affected individuals. In blast crisis, 30 percent or more of blood or bone marrow cells are myeloblasts. Signs and symptoms are most severe in this phase, including a massively enlarged spleen, bone pain, and weight loss. Serious infections and uncontrolled bleeding can be life-threatening.

Chronic myeloid leukemia occurs in about 1 in 555 individuals. It accounts for about 10 percent of all blood cell cancers (leukemias).

Chronic myeloid leukemia is caused by a rearrangement (translocation

(named for where it was first discovered). The translocation is acquired during a person's lifetime and is present only in abnormal blood cells. This type of genetic change, called a somatic mutation, is not inherited.

The function of the protein produced from the normal BCR gene is not completely understood, although it has been shown to help control signaling in cells. The protein produced from the normal ABL1 gene is involved in many cellular processes, including cell growth and division (proliferation), maturation (differentiation), movement (migration), and self-destruction (apoptosis).

Like the ABL1 protein, the abnormal protein produced from the fusion gene, called BCR-ABL1, can promote cell proliferation and block apoptosis. However, unlike ABL1, it does not require signals in the cell to turn it on. The constantly active BCR-ABL1 protein signals cells to continue dividing abnormally and prevents them from self-destructing, which leads to overproduction of the abnormal cells and, eventually, a shortage of normal blood cells. The presence of the Philadelphia chromosome provides a target for molecular therapies in people with chronic myeloid leukemia.

In 5 to 10 percent of cases of chronic myeloid leukemia, the BCR-ABL1 fusion gene is created by complex rearrangements that involve other chromosomes in addition to chromosomes 9 and 22. These genetic changes are called variant Philadelphia translocations. These cases are similar to those caused by t(9;22).

This condition is generally not inherited but arises from a mutation in the body's cells that occurs after conception. This alteration is called a somatic mutation. 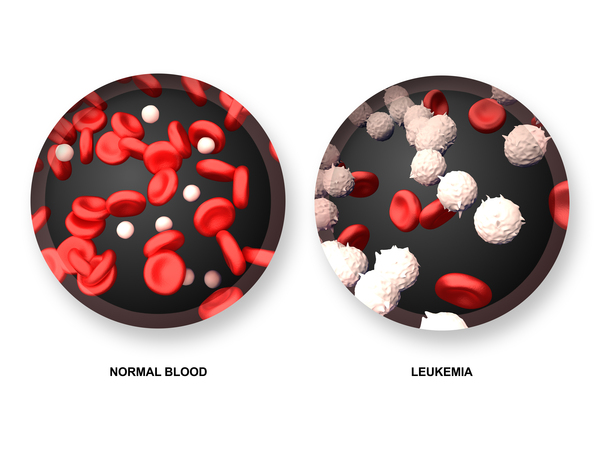