) are abnormal and gradually die. In the brain, the resulting blood vessel damage (arteriopathy) can cause migraines, often with visual sensations or auras, or recurrent seizures (epilepsy).

Damaged blood vessels reduce blood flow and can cause areas of tissue death (infarcts) throughout the body. An infarct in the brain can lead to a stroke. In individuals with CADASIL, a stroke can occur at any time from childhood

to late adulthood, but typically happens during mid-adulthood. People with CADASIL often have more than one stroke in their lifetime. Recurrent strokes can damage the brain over time. Strokes that occur in the subcortical region of the brain, which is involved in reasoning and memory, can cause progressive loss of intellectual function (dementia) and changes in mood and personality.

Many people with CADASIL also develop leukoencephalopathy, which is a change in a type of brain tissue called white matter that can be seen with magnetic resonance imaging (MRI).

The age at which the signs and symptoms of CADASIL first begin varies greatly among affected individuals, as does the severity of these features.

CADASIL is not associated with the common risk factors for stroke and heart attack, such as high blood pressure and high cholesterol, although some affected individuals might also have these health problems.

CADASIL is likely a rare condition; however, its prevalence is unknown.

Mutations in the NOTCH3 gene cause CADASIL. The NOTCH3 gene provides instructions for producing the Notch3 receptor protein, which is important for the normal function and survival of vascular smooth muscle cells. When certain molecules attach (bind) to Notch3 receptors, the receptors send signals to the nucleus of the cell

. These signals then turn on (activate) particular genes within vascular smooth muscle cells.

NOTCH3 gene mutations lead to the production of an abnormal Notch3 receptor protein that impairs the function and survival of vascular smooth muscle cells. Disruption of Notch3 functioning can lead to the self-destruction (apoptosis

) of these cells. In the brain, the loss of vascular smooth muscle cells results in blood vessel damage that can cause the signs and symptoms of CADASIL.

This condition is inherited in an autosomal dominant pattern, which means one copy of the altered NOTCH3 gene in each cell is sufficient to cause the disorder.

In most cases, an affected person inherits the mutation from one affected parent

. A few rare cases may result from new mutations

in the NOTCH3 gene. These cases occur in people with no history of the disorder in their family. 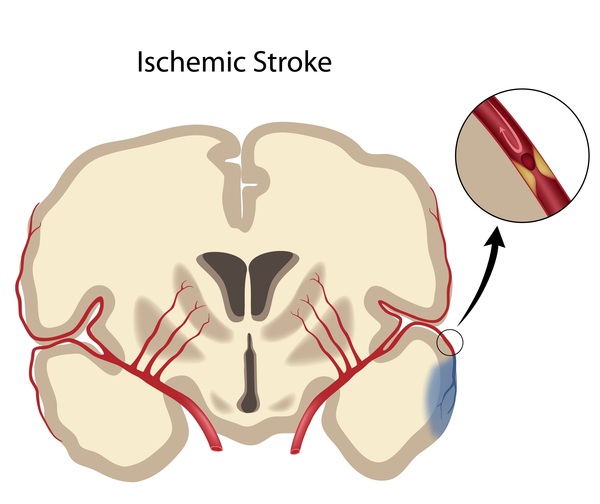