in the part of the brain that coordinates movement (the cerebellum

). Signs and symptoms of the disorder first appear in early to mid-adulthood. People with this condition initially experience impaired speech (dysarthria), problems with coordination and balance (ataxia), or both. They may also have difficulty with movements that involve judging distance or scale (dysmetria). Other features of ARCA1 include abnormal eye movements (nystagmus) and problems following the movements of objects with the eyes. The movement problems are slowly progressive, often resulting in the need for a cane, walker, or wheelchair.

More than 100 people have been diagnosed with ARCA1. This condition was first discovered in individuals from the Beauce and Bas-Saint-Laurent regions of Quebec, Canada, but it has since been found in populations worldwide.

Mutations in the SYNE1 gene cause ARCA1. The SYNE1 gene provides instructions for making a protein called Syne-1 that is found in many tissues, but it seems to be especially critical in the brain. Within the brain, the Syne-1 protein appears to play a role in the maintenance of the cerebellum

, which is the part of the brain that coordinates movement. The Syne-1 protein is active (expressed) in Purkinje cells, which are located in the cerebellum and are involved in chemical signaling between nerve cells (neurons

SYNE1 gene mutations that cause ARCA1 result in an abnormally short, dysfunctional version of the Syne-1 protein. The defective protein is thought to impair Purkinje cell function and disrupt signaling between neurons in the cerebellum. The loss of brain cells in the cerebellum causes the movement problems characteristic of ARCA1, but it is unclear how this cell loss is related to impaired Purkinje cell function. 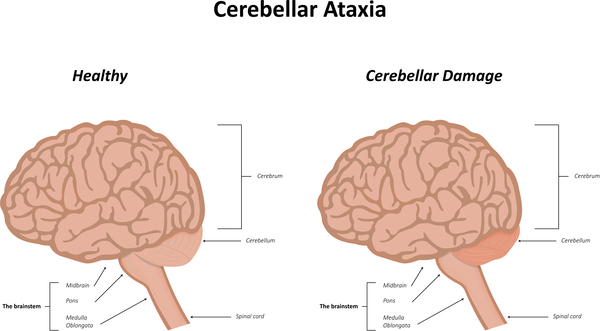