You Are Here:
Home →
Health Topics →
Sexual Assault
URL of this page: https://medlineplus.gov/sexualassault.html

Also called: Rape
On this page

What is sexual assault?

Sexual assault is any kind of sexual activity, contact, or experience that happens without your consent. That means the sexual activity happens even though you don't agree to it.

Sexual assault may happen with:

If you've been sexually assaulted, it's never your fault. It's something that happens to you.

What does sexual assault include?

Sexual assault is any unwanted sexual activity, including:

Any sexual activity that happens without your consent is sexual assault.

What does "consent" mean?

Giving consent is not:

You cannot give consent if you are:

Both men and women commit sexual assault. A person who commits sexual assault may be a stranger, but more often it's someone you know, for example:

What are the possible health effects from sexual assault?

Sexual assault may have many health effects. Many of them can affect your lifelong health and well-being. The effects may include:

Sexual assault victims are more likely to smoke, have an alcohol use disorder (AUD), use illegal drugs, and have risky sexual behavior. Girls who experience sexual violence are more likely to become victims of intimate partner violence in adulthood.

What can I do if I'm a victim of sexual assault?

If you are in danger or need medical care, call 911. If you can, get away from the person who assaulted you and get to a safe place as fast as you can.

You can call the National Sexual Assault Hotline at 800-656-HOPE (4673) to connect with a sexual assault service provider in your area who can direct you to local resources.

Getting support after a sexual assault may help you cope better and reduce the long-term effects. Victim services like rape crisis centers may provide a safe, healing place where you can find support.

Can sexual assault be prevented?

Sexual assault is never the victim's fault. No one who has been assaulted should be blamed for something that they did or did not do.

You can take some steps to try to be safer around others:

Centers for Disease and Control and Prevention 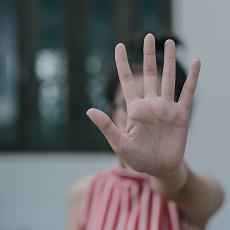